During the month of September, Four Seasons Resort Scottsdale at Troon North is giving you a reason to say “cheers!” Proof, an American canteen, at the Scottsdale resort celebrates “all things ale” with a month-long Beer Fest.
Every Friday and Saturday night in September at Proof (pictured), a three-course beer dinner, inclusive of guest’s choice of appetizer, entrée and dessert, will be offered. Arizona beer will be paired with each course. The cost is $48 per person for the specialty menu, which will highlight choices including citrus-beer braised pork shank or beer-battered cat fish, served with creole crawfish grits.
“We have forged strong partnerships with craft breweries across the state, and thought this was a perfect opportunity to share these unique beers with our guests,” says Four Seasons Resort Scottsdale at Troon North’s Director of Food & Beverage Bryan Feigenbaum. “People often are surprised at how easy and enjoyable it is to pair a craft beer with their meal, similar to a glass of wine.”
During the month of September, all draft beer offered in Proof will highlight local craft breweries, including the signature Proof Pilsner, always a feature of the draft program, created exclusively for Proof from Lumberyard Brewery in Flagstaff. Other featured pours include selections from Mother Road Brewery, Flagstaff; Four Peaks Brewery, Tempe; Sonoran Brewing Company, Scottsdale; Fate Brewing Company, Scottsdale; and Grand Canyon Brewing Company, William. Guests can order a flight of the specialty “tap handler’s choice” to sample all six beers for $10.
The featured cocktail ($14) for the month of September will be the Sonoran Sling, showcasing Bluecoat Gin, house-made pineapple and rosemary shrub cherry juice, orange liqueur, whiskey bitters and the signature Proof Pilsner.
For reservations, call 480.513.5085. www.fourseasons.com/scottsdale. 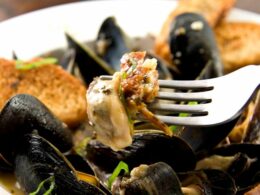 On Thursday, Phoenix’s NOCA will be hosting another fabulous tasting–this time, a tasting of the seafood of renown…
byMelissa 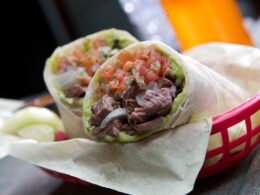 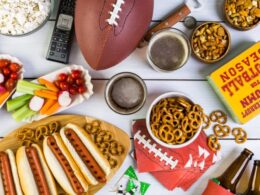 Where to Dine: Super Bowl Sunday

Whether you’re a Pats fan or an Eagles enthusiast (or you just like game-day grub), there are plenty…
byMelissa 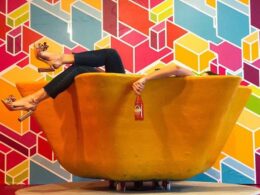