We hope your belly is growling and your mouth is watering: this weekend marks the Third Annual Arizona Barbecue Festival. May 19 and 20, from 11 a.m. to 7 p.m., Salt River Fields at Talking Sticks in Scottsdale.
Guests are invited to come sample tastes, including pulled pork, brisket and chicken, from more than 80 barbecue teams as they compete for $40,000 in prize money, one of largest prize purses in the USA, pre Kansas City Barbecue Society (KCBS). The Arizona Barbecue Festival is a qualifier for World Barbecue Championship. Hosted by Travel Channel’s Adam Richman (who you might remember from April’s Scottsdale Culinary Festival), this worldwide championship is Nov. 3 in Las Vegas. (All barbecue teams must have a grand champion title from a KCBS-qualifying event.)
Here’s a look at the competition:
• Little Miss BBQ. Husband and wife team on a winning streak. Buzz is they are the team to beat.
• 180 Degrees. Architectural firm turned award-winning barbecue team. See their small barbecue village on site. Last year, grilled 3,000-plus chicken wings.
• Rhythm n’ Que. 2011’s Reserve Champion. This team is back!
• Kegger’s BBQ Team. Defend championship title in the challenging ribs category.
• BBQ PHX. All-girl team amidst cranky pitmasters and barbecue party boys. This team takes down awards.
• Starvin’ Marvin’s BBQ. From San Francisco Bay Area, as rookies the team placed 1st in tri-tip and 3rd in chicken in the Western States BBQ Association 7th Annual Championship.
Tickets: General admission, $12, kids under 12 are free; two-day pass, $20; VIP, $100; VIP two-day pass, $175. http://azbbqfestival.com/. 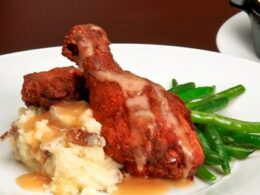 Looking for an all-American repast to kick off your Fourth of July weekend (think fried chicken, biscuits, mashed…
byMelissa 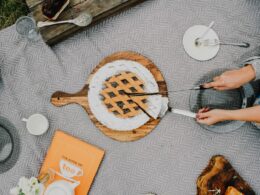 No one does pies like Executive Pastry Chef Lance Whipple of Four Seasons Resort Scottsdale at Troon North.…
byMelissa
2 shares
1
0
1 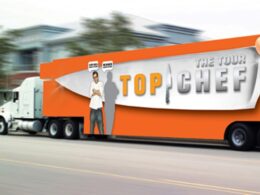 Attention “Top Chef” addicts: The popular Bravo television show is going on the road again for the third…
byMelissa 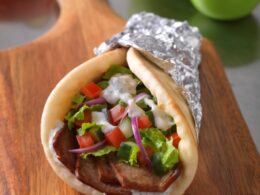 Foodie news roundup for the week of May 11. The Yard in Phoenix is teaming up with Local…
byMelissa