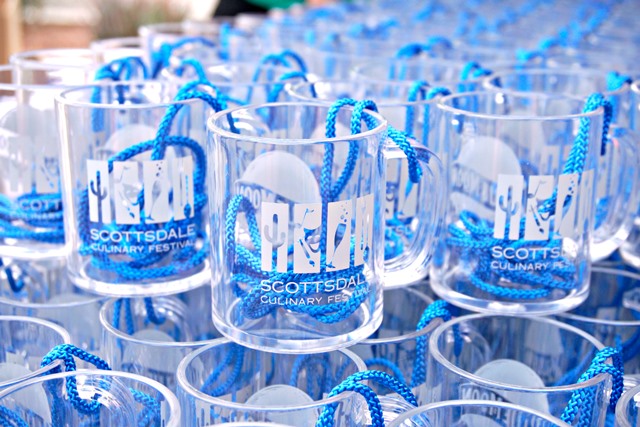 We sure hope you’re hungry. This weekend, April 16 and 17, is one of the Valley’s favorite annual events (and Best of Our Valley winner): Scottsdale Culinary Festival. The two-day event takes place at the Scottsdale Civic Center Mall and is hosted by the Scottsdale League for the Arts.

Take a look at the dishes being doled out by more than 40 event participants:

On Saturday, the festival is open from noon to 9 p.m. and, on Sunday, from noon to 6 p.m. Tickets: $10 general admission; kids 12 and under are free; $40 Southwest Festival of Beers – includes GA to the Scottsdale Culinary Festival plus a souvenir tasting mug and 20 beer samples; $140 Saturday VIP admission; $115 Sunday VIP admission; VIP admission includes exclusive demo seating, and unlimited food and beverage tastings inside the VIP tent, while supplies last. All net proceeds raised will support the non-profit Scottsdale League for the Arts in its effort to promote the arts and arts education organizations in the Phoenix metropolitan area, via annual fundraisers such as the Scottsdale Culinary Festival and The Friends of James Beard Benefit Dinner.