The First-Ever Phoenix Vegan Restaurant Week is Coming this September

During the special week, restaurants and food purveyors will offer an exclusive multi-course prix fixe menu or showcase a specially priced item that best represents their establishment. Breakfast offerings will include an entrée and drink and be capped at $20. Lunch meals will feature an appetizer, entrée and drink and also be capped at $20, and a three-course dinner menu will be available for $33.

An extremely accomplished chef, speaker, author, publisher and business owner, Chef Wyrick has been serving the growing plant-based community for nearly 20 years. Since 2006, Wyrick has been operating The Vegan Taste, the world’s longest running fully plant-based meal delivery service. In 2019, he opened the Valley’s first vegan fine dining restaurant, Casa Terra, which has remained closed since the start of COVID.

Phoenix Vegan Restaurant Week is a celebration of plant-based cuisine in Phoenix. We want to raise awareness about everything vegan that’s now available in our city, get everyone excited, and out-and-about trying all of the great dining options.

Phoenix Vegan Restaurant Week is a great way for hungry Phoenicians to explore the Valley’s growing plant-based food scene, while supporting small businesses in the community. Whether someone has already adopted a plant-based lifestyle, is vegan-curious, or simply wants to go meatless a couple of days a week, Phoenix Vegan Restaurant Week gives diners the opportunity to try out multiple establishments at a reasonable price.

Local tastemaker, Watson, is behind the vegan dining resource, Phoenix Vegan. He’s been a longtime vegan advocate, and he’s a social transformation and social inquiry professor.

We want to position Greater Metro Phoenix as a premier, inclusive dining destination.

Restaurants are experimenting more with vegan cuisine and showcasing some really great offerings. Phoenix Vegan Restaurant Week allows them to cater to a growing clientele and test the waters for expanding their vegan selections.

For a list of participating businesses or to register for Phoenix Vegan Restaurant Week, visit www.phoenixvegan.com. 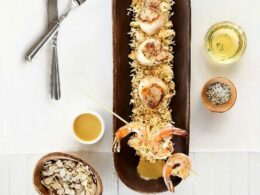 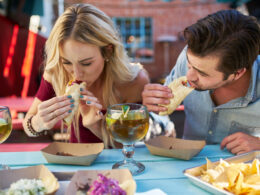 Who doesn’t love a good deal on tacos and tequila? Check out what these Valley restaurants are dishing…
byMelissa 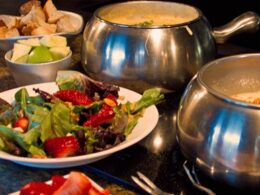 If you ask us, the flavors of fall are simply the best. And the fondue fortress of The…
byMelissa 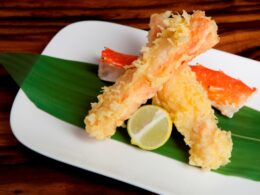