Foodie news roundup for the week of April 7.
Spring cocktail recipes from Tommy Bahama.
Great beer-pairing tips for spring.
All month long, twenty6 lounge at JW Marriott Desert Ridge Resort & Spa is offering a special blood orange-flavor Knockout Margarita in honor of Celebrity Fight Night, taking place at the resort on April 12. A portion of the proceeds from the margarita will be donated to the Muhammad Ali Parkinson Center at Barrow Neurological Institute.
As a result of the lime shortage in Mexico (due to the in-fighting with drug cartels in the central state of Michoacan), buyers who are used to paying $14 per case are now paying $120 per case. Central Bistro in Central Phoenix and Local Bistro in North Scottsdale are offering guests a $0.01 signature cocktail, glass of draft beer, or glass of house wine to any guest who brings in a bag of limes (one per guest, must be 21 or older). Did you know the U.S. gets 95 percent of its limes from Mexico?
Gordon Biersch is welcoming spring with a tapping of Maibock, an Einbeck-style lager. The restaurant is also serving up a pairing menu that includes a gorgonzola pear salad with pecan-crusted chicken and a New York-style strawberry cheesecake. Guests can be the first to try the beer and taste samples of the pairing menu at a Maibock Tapping Party on April 16 at  5 p.m.  at the Glendale location and 5:30 p.m. at the Gilbert location. Gordon Biersch will also host a tapping party on April 17, 6 p.m., at its Tempe location. A portion of beer sale proceeds from the Glendale party will go to the Kenny Schall Memorial Scholarship Fund, the Gilbert party will go to the Friends for Life Animal Shelter and the Tempe party will go to United Food Bank.
ZuZu at Hotel Valley Ho welcomes local farmer Pat Duncan at its “Farmer in the House” dinner, April 14. Duncan will be the special guest this evening, able to answer any questions about his produce and organic gardening in Arizona while guests enjoy a four-course dinner paired with Selby Winery. Reservations are required by calling 480.421.7997. $64 per person, plus tax and gratuity.
J&G Steakhouse (pictured) is turning five! To celebrate, the restaurant at The Phoenician is serving up a sumptuous dinner special featuring five courses for $55, for five days, starting at 5 p.m. on April 14 and running through April 18.
On April 10, RA Sushi at Kierland Commons will be hosting an Ace in the Hole Casino Night Party to benefit the Foothills Animal Rescue. Raffle ticket sales and five percent of the evening’s food and drink sales will benefit the organization. There will be casino-style games, and guests can order from a menu of food and drink specials created just for the event.
Chompie’s, Arizona’s NY Deli, announces its 26th Annual Passover Dinner for dine-in or take out. Passover begins at sunset on Monday, April 14 and ends at sundown on Tuesday, April 22. Dinners, holiday cakes and desserts and Passover bagels will be available all eight nights of Passover. Reservations are recommended for dining in by calling one of Chompie’s four Valley locations.
For more fab foodie news, become a fan on Facebook, follow us on Twitter @AZFoothillsFood, and check us out on Pinterest and Instagram. 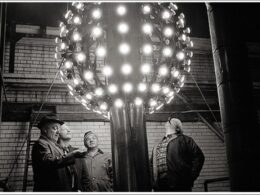 Before that ball drops at midnight, ring in 2013 with an amazing meal from one of these Valley…
byMelissa 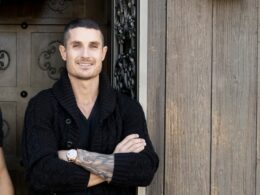 As we patiently await the opening of Toca Madera at Scottsdale Fashion Square in October, we chatted with…
byMelissa
3 shares
2
0
1 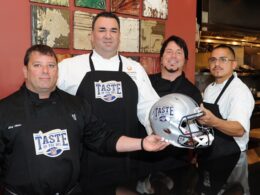 Taste of the NFL Flavors of the Valley Winners Announced

After a three-month fundraising effort, Taste of the NFL has announced the top four winners of its “Flavors…
byMelissa 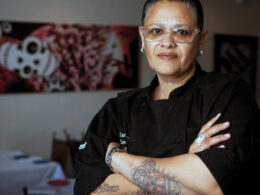 The James Beard Award is basically the Oscar of the culinary world. Local chefs like Chris Bianco, Nobuo…
byMelissa