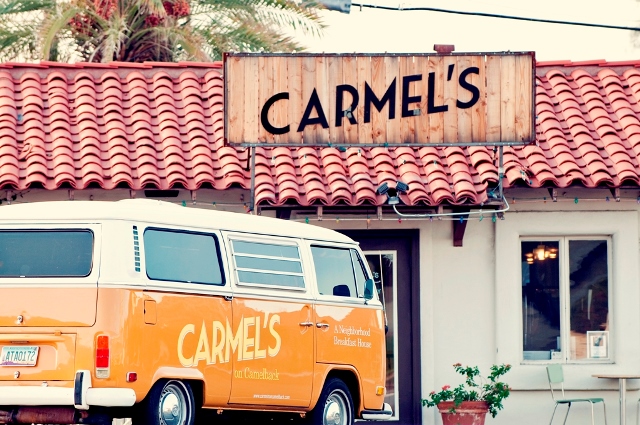 Foodie news roundup for the week of March 31.

Congrats to Carmel’s Breakfast House (pictured) in Arcadia! The restaurant was just named in the top six spots in the world for breakfast by Travel + Leisure Magazine.

Chef Joshua Hebert of Posh Restaurant in Scottsdale will prepare a special James Beard House Preview Dinner at Posh on Friday, April 4. The six-course menu is $75 plus tax and tip. Reservations are required by calling 480.663.7674.

Tilted Kilt Pub & Eatery has launched its budget-friendly “Hoppy Hour” menu. The Hoppy Hour dishes range in price from $2 to $5 and are offered between 3 to 7 p.m. and then again from 9 p.m. to close. The new menu also focuses on the restaurant’s extensive craft beer lineup.

Come by World of Beer in Tempe at 4 p.m. on April 4 for the chance to win free tickets to the April 12 Fiat of Scottsdale Rugby Bowl as Brigham Young University takes on Arizona State University; take advantage of drink specials from rugby countries; and meet ASU players.

Diners can now head to Roy’s Restaurant as it serves up its delicious three-course Spring Prix Fixe Menu. Available for a limited time only–through July 7–guests can indulge in featured courses of short rib and mushroom dim sum, seared salmon and a tri-color carrot torte for dessert. The meal is $36.95 per person.