Foodie news roundup for the week of March 9.

Update: The festival is in the process of being rescheduled. The creators of the Phoenix Pizza Festival is getting Gilbert in on the cheesy action with the inaugural Gilbert Pizza Festival (pictured). Taking place March 21 from 11 a.m. to 5 p.m. at Gilbert Civic Center, the fest will feature approximately 15 pizza makers, dessert stations and a full, park-filled festival with lawn games from AZ Board Source, live bands and a kid’s craft zone. Pizza makers will serve $2 to $4 slices, full pies and everything in between. $10 entry; advance online purchase only. Kids 12 and under free.

Sip, batter batter. Sip! The Arizona Diamondbacks and Four Peaks Brewing Co. have teamed up to bring fans a brand new beer for the 2020 baseball season. Rattle On Red Ale is a smooth, toasty ballpark beer brewed to pair with peanuts, dogs, and dingers. Rattle On Red Ale is currently available in 15-packs of cans at select grocery and liquor stores throughout Arizona. Starting March 26—the D-backs’ home opener—it will also be found in specialty 16-oz. aluminum bottles throughout Chase Field.

This Pi Day (March 14), all Common Ground Culinary restaurants (Grassroots, Twisted Grove, Wally’s American Gastropub, The Collins, The Macintosh) will be offering $3.14 slices of pie with the purchase of an entree (except at Sweet Provisions). Or stop by Sweet Provisions in Scottsdale for a choice of a variety of pies, all for $3.14 on Pi Day.

Marking Arizona’s first and only off-leash dog park that serves beer, drinks and food, Ted’s Refreshments in Tempe recently rolled out Ted’s Dog Park. An extension to its existing patio, the space is a place where dog owners can bring their furry friends to socialize while they drink and eat. The dog park is open every Saturday and Sunday from 11 a.m. to 8 p.m.

Update: The festival has been rescheduled for Oct. 24. On Saturday, March 21, from 2 to 8 p.m., Downtown Mesa’s inaugural Gem City Sours & Ciders Festival will include samples from more than two dozen Arizona breweries and regional cideries. The event is hosted by Cider Corps and will be held outside the Mesa cidery and taproom. In addition to the sampling, the festival will also have live music on two stages including a soon-to-be-announced headliner act, food trucks, pub games and other activities. VIP tickets are $50 and include early enter from 2 to 4 p.m, a festival T-shirt, commemorative glass and 20 drink samples. General admission tickets are $35 and include a commemorative glass and 15 drink samples. 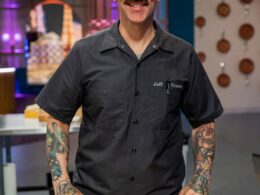 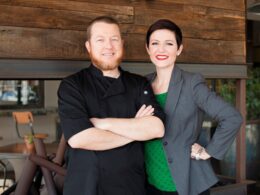 Well, you know have the chance with Southern Rail's Dinner with Justin. Ask Chef Justin Beckett your burning foodie questions while enjoying a three-course meal featuring his seasonal-with-a-Southern-twist fare.
byMelissa 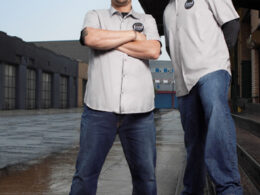 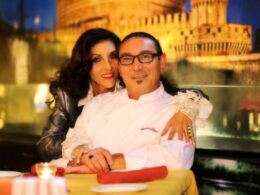 Consider yourself an Italian food lover? Well, there are two-can't miss opportunities coming up for you to enjoy the best the Valley has to offer.
byMelissa