Foodie news roundup for the week of March 25.

Scottsdale’s newest restaurant, Drunk Munk, hosts its official grand opening  Thursday, March 28. Doors will open at 4 p.m. until 2 a.m. Drunk Munk will donate a portion of proceeds to Phoenix Children’s Hospital from open to close. There will be food and drink specials throughout the night.The tiki bar and restaurant is in the building formerly occupied for 21 years by Cowboy Ciao and blends old and new with a mid-century modern twist.

April 2 is National PB&J Day. To celebrate, check out the PB&J French Toast (three slices of French toast sandwiched with chipotle-raspberry jelly and peanut butter topped with maple butter) at one of the Valley’s newest restaurant concepts, NPX: A Neighborhood Joint.

El Hefe hosts the new Friends on Friday promotion starting March 29. Friends on Friday will be offered every Friday from 4 to 10 p.m. at both El Hefe locations, Scottsdale and Tempe. Guests can enjoy five different 32-oz. cocktails including the Original Bulldog Margarita, Babe Rose Bellini, Blueberry Moscow Mule, Red Sangria and White Sangria for just $7. There will also be food specials until 7 p.m.

Mill Avenue welcomes the Royal Crawl, a modern twist on the traditional pub-crawl. Royal Crawl delivers a fun and action-packed way to have drinks and win prizes while raising money for charity every Friday night from 8 p.m. to midnight. Guests will bar hop on Mill Avenue using the Royal Crawl mobile app. At each bar, crawlers check in to receive a digital playing card and show the bartender their app to redeem a drink. After visiting all five bars, in any order, each crawler will have built a complete digital poker hand to compete against all other crawlers. Best hands of the night win prizes including gift cards, free crawls and more. Cost to crawl is $15 pre-sale and $20 day of and includes five drinks, one at each stop along the crawl. Tickets are sold through the Royal Crawl App, downloadable through the App Stores on both iPhones and Androids. From now until April 27, 42 percent of net proceeds will be donated to The Pat Tillman Foundation.

Now available, Zinburger is giving guests one more reason to raise their glasses by offering a reverse happy hour, available at the Gilbert location. In addition to the regular happy hour, the new “reverse” hours are Sunday to Thursday from 8 to 9 p.m. and Friday and Saturday from 9 to 10 p.m.

National Pita Day is Friday, March 29, and Pita Jungle is hosting a promotion in honor of its 25th anniversary: “The Golden Pita.” Via the Willy Wonka-inspired promotion, guests will win prizes when they dine in and receive a special golden wrapper on Pita Day. One lucky winner will receive Pita Jungle for an entire year if they receive their pita or wrap in the special golden wrapper on March 29. The golden wrapper will be hidden under the regular wrappers so diners will need to be on the lookout. In addition, there will be 24 other winners throughout the Valley who will win $50 in Pita Dough (Pita Jungle gift certificate) if their pita or wrap comes in a similar special wrapper. (Offer valid on March 29, 2019 on dine-in orders only. Promotion will be held at all Arizona locations except at Fashion Square, Sky Harbor Airport or Grand Canyon University locations. Recipients of the special wrappers must alert management prior to leaving the premises to receive their prize.)

Gilbert’s pet-friendly Sunday Funday 5K & Brunch Festival kicks off at 8 a.m. Sunday, March 31, in Downtown Gilbert at 102 W. Vaughn Ave in the Heritage District. The 5K fun run will welcome runners of all skill levels as they compete for the coveted Sunday Funday Golden Mimosa on their way to the after-race Brunch Festival at the finish line. There, they’ll find a near-endless lineup of brunch offerings alongside morning cocktails and beer options. Fr 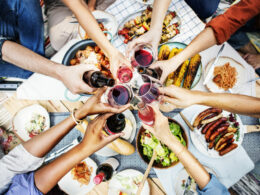 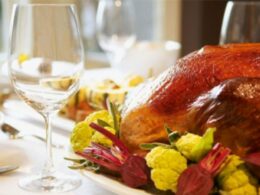 How long should you defrost that bird? Isn’t Uncle Al allergic to pumpkin? Is your cousin bringing her…
byMelissa 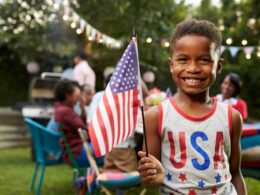 Fourth of July Dining in Phoenix 2019

Baby, you’re a firework. And you’re probably hungry–so here’s we’re to dine this Fourth of July in the…
byMelissa 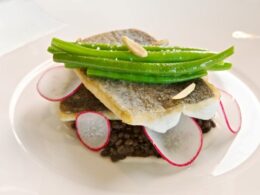