Foodie news roundup for the week of March 4.

Get a free short stack of buttermilk pancakes on IHOP Free Pancake Day, Tuesday, March 12, from 7 a.m. to 7 p.m. at participating IHOP locations throughout the Valley. Guests in the Phoenix area are encouraged to donate any amount to Phoenix Children’s Hospital, the Valley’s Children’s Miracle Network Hospital, in exchange for a free stack.

The perfect spring sip, Four Peaks Brewing released its first-ever Grapefruit Radler. Using its award-winning Golden Lager as the base, the brewmasters added organic grapefruit and a touch of ginger to create a citrusy, crisp, low-alcoholic brew.

Farm & Craft has partnered with Valley of the Sun United Way to donate a portion of sales from the new Root Vegetable Flatbread. The money will directly benefit the local charity and its community garden program. The new seasonal flatbread is handcrafted on an ancient grain crust with roasted beets, fennel, parsnips, carrots, feta cheese and micro greens finished with a black pepper truffle honey. It is available at both Farm & Craft locations.

Cider Corps in Downtown Mesa is expanding its production space to keep up with demand. The expansion also provides room for food pop-up Myke’s Pizza to grow. Myke’s Pizza will move from a single-oven pop-up to a full fast-casual restaurant located inside Cider Corps. The build-out for the restaurant is still taking place and is expected to be completed by mid-March.

Fox Restaurant Concepts (FRC) is proud to announce a partnership with PANDA (People Acting Now Discover Answers). While FRC is the Title Sponsor of PANDA’s 20th annual “Children Helping Children” Fashion Show and Luncheon, guests who dine at FRC’s Arizona locations will also have the chance to help make a difference in the lives of children with devastating childhood diseases. Now through March 31, all Fox Restaurant Concepts’ locations in Arizona (excluding Flower Child) will offer guests the option to round-up their checks to the nearest dollar, donating the change to PANDA.

Celebrate the start of a new season by joining Omni Scottsdale Resort & Spa at Montelucia’s Chef’s Kitchen Dinner on March 20. Executive Chef Marcos Seville and the culinary team are preparing spring-inspired dishes for this four-course dinner, paired perfectly with a selection of Japanese spirits at 6 p.m. Call 480.627.3111 for reservations and pricing.

On Monday, March 11, Thai Chili 2 Go is celebrating National Noodle Month with free noodles. All day long, when guests buy a noodle bowl, they can get a second noodle bowl absolutely free. Offer is valid at all Thai Chili 2 Go locations around the Valley.

Save the date for the Foothills Caring Corps’ 15th Annual Taste of Foothills Fundraiser with gourmet food tastings, live auction and live music all to benefit a good cause. Guest of the social event and fundraiser benefiting independence for seniors will savor award-winning cuisine from local restaurants on Wednesday, March 13, from 5 to 8:30 p.m., at CIVANA Carefree Resort. Special guest emcee Terri Ouellette, host of ABC15’s Sonoran Living, will inspire and guide attendees through the evening festivities. General admission is $50 per person with VIP admission options available.

Celebrate National Meatball Day with half-off Mama’s Meatballs with any purchase, all day long on March 9 at all three locations of My Pie. 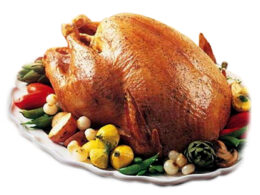 We all have our nation’s brave soldiers to be thankful for this and every year. And Operation Turkey…
byMelissa 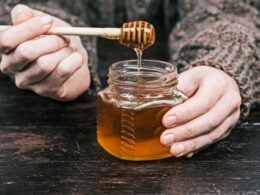 Has it been a minute since your last spa treatment? Try out these food-focused facial recipes from Rejuvena…
byMelissa 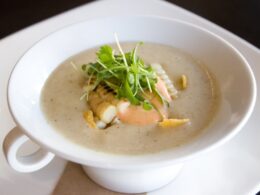 Foodie news roundup for the week of May 27. On June 1, America’s Taco Shop hosts Carne for…
byMelissa 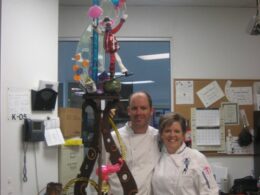 Arizona has proudly produced many of the chefs featured on the Food Network (Mark Tarbell, Beau MacMillan and…
byMelissa