Fab foodie news for the week of March 4. 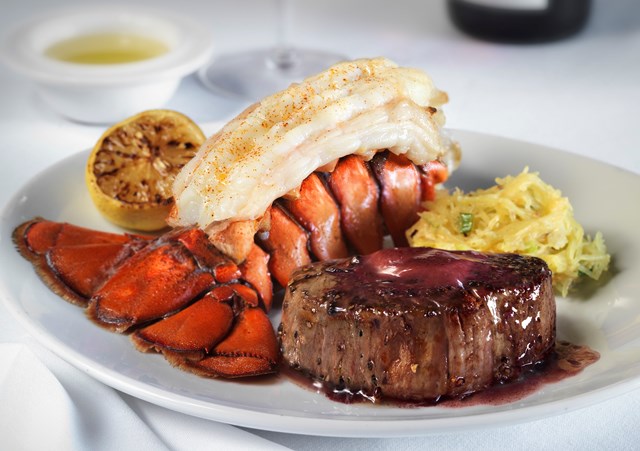 Next week: the opening of Le Creuset at Scottsdale Quarter.

A taste of brunch at Phoenix’s St. Francis.

Great spots to picnic this spring in Phoenix.

On Wednesday, March 13 from 8 to 10 p.m., Phoenix’s Del Frisco’s Grille and Fireball Cinnamon Whisky will team up for food and drink specials on the rooftop Summit Bar. Offerings include $7 small bites and cocktails, $6 glasses of wine and $4 draft beers.

Fleming’s Prime Steakhouse & Wine Bar has ushered in the return of the restaurant’s must-anticipated filet and lobster combination. The surf-and-turf combo features a starter course and a side for $37.95 (plus tax and gratuity). The special dish is available through April 7.

In celebration of St. Patrick’s Day, The Arizona Biltmore’s new Executive Chef, Gordon Maybury, is dishing eats from his native Ireland, including some family recipes, March 13, 14 and 15 at both Wright’s and Frank & Albert’s restaurants. Dishes include pan-seared wood pigeon, Jameson Whiskey-grain mustard-cured salmon, Irish nachos and much more.