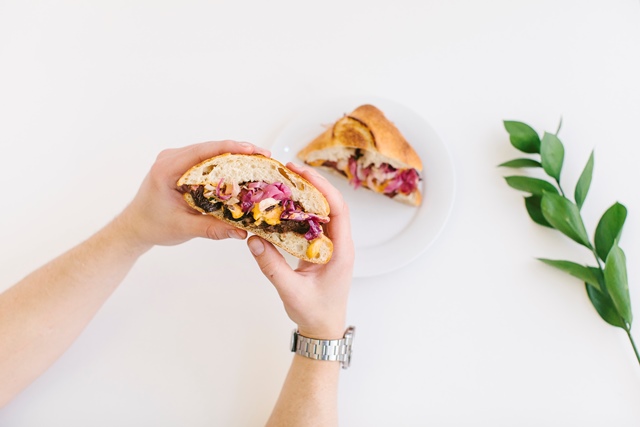 Foodie news roundup for the week of March 27.

Phoenix Children’s Hospital is an official charity partner for Jersey Mike’s Subs’ “Month of Giving” fundraising campaign. Stop by any Jersey Mike’s location through the end of March to donate.

Beer enthusiasts won’t want to miss the chance to taste test a variety of four specialty ales paired with a selection of seasonal PEEPS Brand Marshmallow Candies during the PEEPS & Pints4Pups tasting event at The Phoenix Ale Brewery Central Kitchen Friday, April 7 through Sunday, April 9. For $10, guests will be invited to sample a flight of four craft brews from The Phoenix Ale Brewery. Each brew has been carefully selected to perfectly complement a flavored Marshmallow PEEPS candy. Central Kitchen will donate $3 from the sale of each PEEPS & Pints4Pups flight to the Arizona Small Dog Rescue, a 501(c)(3) no-kill animal shelter for homeless, unwanted, abandoned or abused dogs and cats. Central Kitchen has also unveiled a new lunch menu, featuring the Black Iron pizza slice and salad, the CK chopped salad, root beer-brined smoked pork shoulder tacos, and much more.

During the Final Four games, fans can enjoy “Final Four” bruschetta boards at S&V Urban Italian for half off. Guests can pick any four of their favorite bruschettas from the diverse menu for only $7.50 on Saturday, April 1. Boards are normally $15.

Available on the weekends from 9 a.m. to 2 :30 p.m., Pita Jungle at Mill Avenue in Tempe is the first of its locations to offer a brunch menu. (Dishes include spiced raisin pancakes, lentil quinoa bowl, avocado bacon toast and more.

Modern Market has introduced a seasonal spring menu. The new menu is brimming with bold, farm-fresh flavors such as a tangy, spicy-sweet Diablo Sandwich (pictured) featuring grilled steak topped with roasted cabbage-jalapeno slaw, gochujang-spiked aioli, plus fresh lime, served on a ciabatta bun. Or savor springtime by the forkful with a south-of-the-border-style Mérida Salad, among other seasonal eats. Plus, in honor of the 2017 NCAA Final Four Tournament, visit Modern Market Friday, March 31 through Saturday, April 8, and wear gear from your favorite basketball team to receive a free second entrée with purchase of any entrée.

Every Tuesday starting at 6 p.m, Hand Cut Burgers & Chophouse has “Half Cut Tuesdays” where they offer half-off their signature cuts and any bottle of wine.

Sonata’s Restaurant in Scottsdale takes Valley residents on a tour of Europe by way of food, drink and entertainment specific to a highlighted region’s traditions with the introduction of Europa nights. Destinations include Monte Carlo (March 31), Mykonos (April 7) and Milan (April 14). Additional destination-themed nights will be announced as scheduled. Europa begins with happy hour on Sonata’s patio from 4 to 7 p.m., with specialty cocktails. The party continues with social dining from 7 to 10 p.m. with small plates, entrees, and desserts of the region. Ladies dining in groups of four or more receive a complimentary bottle of bubbly or wine with dinner. From 9 p.m. to close, Sonata’s patio transforms into Europa Lounge — a high-energy party atmosphere with DJ spinning euro-house and top 40 beats, live entertainment specific to the weekly featured region, bottle service, reverse happy hour (9 to 11 p.m.), as well as European style smoking offerings including hookah, fresh hand-rolled flavored cigars and vape products.

Today, Thursday, March 30, from 5 to 8 p.m., Carlson Creek Vineyard will be releasing their 2014 Syrah at a wine release party at their Scottsdale tasting room (open to the public). Guests will receive a complimentary first glass of the new vintage, paired with light bites, live music and conversation with winemaker Robert Carlson III.

The Duce will bring a slice of Chicago to downtown Phoenix during Wrigley Central, a free Wrigleyville-inspired tailgate to end all tailgates. On Saturday, April 1 from 11 a.m. to midnight, The Duce will pack its grownup playground, bar and eatery with Chicago-style food, drinks and fun for Cubs die-hards and Chicagophiles. Legendary Windy City pizzeria Lou Malnati’s will hand-make its famous deep dish pizza from scratch on site and load them into one of 12 pizza ovens they will have at the event. Crescent Crown will serve up its own taste of Chicago – Old Style beer. An authentic Chicago hot dog joint, a Prairie Vodka lemonade stand and a Gary Poppins Gourmet Popcorn stand will keep the party fueled as patrons dance to a live DJ, participate in an all-day cornhole tournament and pick up one-of-a-kind merchandise at the Cubs vintage clothing shop. A portion of Wrigley Central’s food, drink and retail proceeds will benefit Phoenix Children’s Hospital.

Vintage & Vino, the Southeast Valley’s premier vintage and handmade market is now held twice a year, and spring’s installment is slated for 10 a.m. to 7 p.m. Friday, March 31 and 10 a.m. to 4 p.m. Saturday, April 1 at Queen Creek’s Horseshoe Park & Equestrian Center. Explore artisan-made products and gifts and peruse more than 125 booths brimming over with housewares, home décor, antiques and homemade goodies from thoughtfully selected vendors, and sip on fine wines from around the state and region, if you like, while doing so. Food vendors will also be onsite serving up some great snacks, so grab girlfriends or a significant other and make an evening out of the occasion. A Kids’ Craft Corner can help occupy the little ones, and a special lounge area will also be available for those looking to take a break from shopping or keep an eye on March Madness.  Tickets will be available soon at VintageandVinoAZ.com and will range in price from $5 to $32.

In honor of the Final Four, Sunday, April 2, marks one of the few times Chef Eddie Matney has opened the doors to Eddie’s House on a Sunday. In addition to his regular menu, Eddie has added four items for Final Four fans (each dish dedicated to one of the teams), which will be available Friday, Saturday and Sunday. There is also an all-day happy hour from 4 p.m. to close every day of the week.