Foodie news roundup for the week of July 25.
Chef Chris Curtiss is back alongside Executive Chef Jacob Anderson for a Deep Sea Dinner at Little Cleo’s Seafood Legend. On Sunday, July 31, with reservations available from 5 to 9 p.m., indulge in a five-course, prix fixe selection of Chef Curtiss’ seasonally inspired dishes for $55 per person. Guests can also enjoy optional wine pairings for $20 per person. This will be the first of three pop-up dinner series hosted at Little Cleo’s this summer. The next two will be held on August 28 and Sept. 25. To make a reservation, call 602.680.4044.
July 30 is National Cheesecake Day, and to celebrate Grimaldi’s will be giving away a free slice of its cheesecake with a minimum purchase of $25.
In honor of National Hot Dog Month, dig into a delicious hot dog from Shake Shack.  Shake Shack features three gourmet varieties of hot dogs including the Shack-cago Dog featuring Rick’s Picks Shack relish, onion, cucumber, pickle and more, and the Chicken Dog featuring Shake Shack’s chicken, apple and sage sausage.
It’s the Dog Days of Sprinkles! Bring your favorite pup to the Scottsdale cupcake bakery and buy six cupcakes and six doggy cupcakes and receive a free doggy T-shirt. Take an Instagram of your dog in their new shirt eating a cupcake and tag it #dogsofSprinkles, and you will be entered to win a Sprinkles ice cream and doggie cupcake shipment. Winners will be announced on August 26, which is National Dog Day. Also, available during the month of August, try the S’more Cupcake, a graham cracker-linesdBelgian dark chocolate cake filled with bittersweet chocolate ganache and topped with toasted marshmallow frosting.
From August 2 to August 7, Beckett’s Table will celebrate Rosé Week. Sample some of sommeliers’ favorite pinks, with exceptional rosés by the glass, a special rosé flight for $12, and unique menu items to complement them, like chilled beets with crispy leek rings, garlic potato puree, cucumber, black pepper honey and micro herbs.
Pomelo at The Orchard PHX announces their new brunch menu, with decadent dishes like Florentine Benedict, veggie omelet or the breakfast pizza. Pomelo is serving brunch every Saturday and Sunday from 10 a.m. to 4 p.m.
Salty Sow in Phoenix has launched a brand new, three-course summer tasting menu available Sundays through Thursdays through Sept. 29 The menu features seasonal flavors as well as specialty menu items prepared by Executive Chef Brady Cohen for the price of $25 per person, not including tax and gratuity. (Brussels sprouts caesar salad pictured.)
Two Brothers Tap House & Brewery in Old Town Scottsdale will host a summer-inspired six-course dinner with craft beer pairings on Thursday, August 4, from 6:30 to 8:30 p.m. Chef Josh Downing and Head Brewer Rob Rodriguez will lead guests through each course (which include free-range veal shank and olive oil cake with hazelnut stout ice cream). Dinner is $60 per person, including tax and gratuity. Reservations are required. Reserve your seat in-person or by calling 480.378.3001.
Celebrate National Girlfriends Day by bringing your gal pals to Tanzy Restaurant for a free glass of rosé! Book a table for four between Monday, August 1, and Sunday, August 7, to take advantage of this special deal.
Bitter & Twisted Cocktail Parlour in Phoenix has partnered with the super-popular Tacos Chiwas to host a can’t-miss pop-up dinner featuring a spicy East meets Mexico menu. Hosted on Sunday, July 31, at 5:30 p.m., enjoy an eight-course feast crafted by Chef Bob Tam and the husband-and-wife duo behind Tacos Chiwas, Armando Hernandez and Nadia Holguin. Tickets to this one-night-only cross-cultural culinary classic are $58.88 (eights symbolizing luck in Chinese culture. Tax and gratuity are included.)
July 29 is National Chicken Wing Day, and Uptown Alley in Surprise is celebrating by launching three new sauces starting July 29. The sauces will be available for the month of August. Dig into a delicious garlic parmesan wing, a zesty ghost chili wing or a sweet Korean chili wing.
Stop on by The Melting Pot with a valid high school ID during the month of August and receive a special three-course Back to High School Celebration Menu including cheese fondue, a fantastic entrée, delicious chocolate fondue, soft beverage, tax and gratuity and a $25 bonus card for your parents’ next visit–all for $39.95. This promotion is valid from August 1 to 31 at the Arizona Melting Pot locations. You must place a reservation and mention that you are ordering from the Back to High School Celebration Menu to receive this deal.
Half Moon Windy City Sports Grill in Phoenix announced that it’s celebrating National Cheesecake Day beginning 11 a.m. on Saturday, July 30, by giving away slices of “Chicago’s Finest” cheesecake, imported from Windy City-based Eli’s Cheesecake. The first 100 guests to either log onto http://offrz.co/s/FLMOC/ or text “cheesecake” to 602.483.4215 will receive the special offer redeemable for their complimentary slice of The Big Eli–a combination of the best quality slow-cultured cream cheese, sour cream, sugar, Madagascar vanilla beans and whole eggs on an all-butter shortbread cookie crust.  No purchase is necessary. Dine in only. Not to be combined with any other specials, deals or coupons. Free cheesecake will be given out only at Half Moon’s Windy City Sports Grill location. The Moon Valley location is not participating in this special.
Zappone’s Italian Bistro hosts a South of the Border Throwdown on July 31 at 5 p.m. Chef Anthony Serrano will go head to head with Chef Salvatore Zappone while diners get to vote for their favorite after sampling an array of dishes. $65 all-inclusive dinner features two appetizers, two entrees, two desserts and three wine and cocktail pairings.
For more fab foodie news, become a fan on Facebook, and a follower on Twitter @AZFoothillsFood and Instagram @AZFoothills. 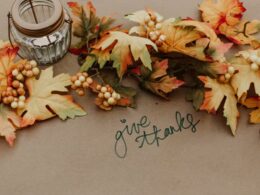 Ready to gobble 'til you wobble? Get your festive fill this Thanksgiving at these Valley restaurants.
byMelissa 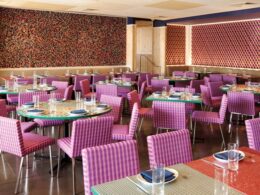 They might be new, but the well-received restaurants at Old Town Scottsdale’s The Saguaro hotel–Distrito and Old Town…
byMelissa 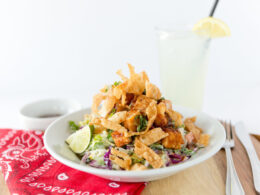 Arizona-based and family-owned Babbo Italian Eatery opened its eighth restaurant in the Valley, this time at Talking Stick in Scottsdale.
byMelissa
21 shares
16
0
5 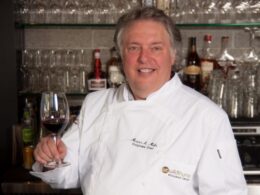