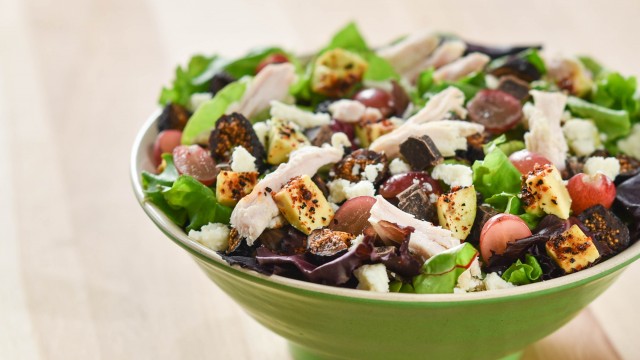 Foodie news roundup for the week of Feb. 8.

The Boris burger special at Hopdoddy Burger Bar is a delectable chicken burger, piled high with sliced pastrami, beer-braised sauerkraut and Swiss cheese, sits comfortably nestled inside a warm egg bun that has been slathered in house-made Russian dressing. The burger is available through Feb. 21.

Postino Winecafe opened its first Scottsdale location yesterday at Kierland Commons. The new restaurant is housed inside a soaring, custom-crafted two-story space on the property’s west end with a lovely indoor/outdoor space. Open daily for lunch, dinner and weekend brunch, Postino Kierland will also offer signature specials such as $5 Before 5 p.m., offered every day on all wines by the glass and draft beer pitchers and $20 Bottle & Board on Monday and Tuesday evenings.

Chompie’s, Arizona’s New York deli, celebrates its anniversary with a deal that pays tribute to its beginnings as a bagel factory. On Monday, Feb. 15, people can get a baker’s dozen of bagels (13) for $5 at Chompie’s four Valley locations.

Join ZuZu each month for craft brews paired with hors d’oeuvres and a special three-course menu. Uinta Brewing is the special guest at the upcoming dinner on Tuesday, Feb. 16. The menu includes four brews along with hors d’oeuvre; Grilled Shrimp Salad with organic greens, crisp tortillas and cilantro-lime vinaigrette; coffee-roasted beef tenderloin with ancho-chile mashed potatoes and grilled white asparagus; and Gateau de riz. The event starts at 6 p.m. and costs $42 per person, plus tax and gratuity. Reservations are required and can be made at 480.421.7997.

As part of Arizona Cocktail Week’s Imbibe n’ Dine series, chef Jacques Qualin and J&G Steakhouse, along with Rittenhouse Whisky are hosting a gourmet five-course feast paired with cocktails featuring Rittenhouse Straight Rye Whisky, including bacon-wrapped shrimp, passion mustard and avocado served with a Forbidden Sour cocktail and much more.  Dinner is at 6 p.m. at Feb. 18; $75 per person, plus tax and gratuity. To reserve your spot, call 480.214.8000.

Original Breakfast House is introducing a Friday-night fish fry from Feb. 12 to March 24, 4 to 7 p.m. ($12.95 for adults and .50 cents per year of age for kids 12 and under.) This fish fry includes all-you-can-eat flaky and crispy fried fish, French fries and coleslaw. Fifty percent of the proceeds raised will be donated to the Robson branch of the Boys and Girl’s Club. The Original Breakfast House hopes to raise $10,000 during their Lent promotion.

This weekend, The Upton in Scottsdale launches the on-going series,  Saturday Farmers’ Market Brunch. The culinary team will be featuring specials using local produce and goods after their trip to the farmers’ market. The brunch runs from 10:30 a.m. to 2:30 p.m.