Taste of the NFL Flavors of the Valley Chef Chat: Jason Williams

Taste of the NFL’s Kick Hunger Challenge  pits fans from all 32 NFL markets against each other for a friendly competition to raise money for food banks nationwide. The season-long fundraiser (October through December) kicks off as part of September’s Hunger Action Month and culminates at the 24th Annual Taste of the NFL’s Party with a Purpose held on the eve of Super Bowl XLIX on Saturday, Jan. 31, 2015 at WestWorld in Scottsdale. Taste of the NFL is enlisting local restaurants to participate in the challenge to raise funds and compete for a chance to be part of the Taste of the NFL action. All proceeds raised in the “Flavors of the Valley” competition will support St. Mary’s Food Bank Alliance in Phoenix and Vista del Camino Food Bank in Scottsdale. The five restaurants that raise the most money during promotion will be invited to participate in the “Flavors of the Valley” area at the Taste of the NFL’s Party with a Purpose. Get to know one of the Flavors of the Valley chefs here:
Chef name: Jason Williams
Restaurant and location: Bourbon Jacks Bar and Grill, Chandler and coming soon to Scottsdale
Web site: www.bourbonjacksaz.com
Social media:
Facebook: https://www.facebook.com/bourbonjacksaz
Twitter: @BourbonJacksAZ
Instagram: @bourbonjacksaz
Chef Facebook: https://www.facebook.com/pages/rockstarcookcom
What inspired you to take part in the Taste of the NFL’s Kick Hunger Challenge “Flavors of the Valley” competition?
The owners of Bourbon Jacks are extremely passionate about fighting hunger in Arizona. For the past several years, they have partnered with various nonprofit organizations in an effort to tackle this epidemic. Most recently, each of their establishments partnered up with local food banks such as United Food Bank in Mesa, Matthews Crossings in Chandler and the Vista Del Camino in Scottsdale to bring attention and funding to the matter of hunger. In addition to community involvement, we love the thrill of respectful competitions and we’re happy to compete with all the other awesome restaurants involved.
Any hints as to what you’ll be dishing up at the Taste of the NFL’s Party with a Purpose if you win?
I would like to say but I would like it remain a mystery. The only hint I can give is our food is famous and we are determined to keep up with that tradition.
Say you’re hosting a Super Bowl party. What dish do you serve to guests?
When I host a Super Bowl party it’s spicy everything! I like to serve old school favorites like wings, Texas Roadhouse chili, our Memphis sweet BBQ pork sliders, cold beer, and of course whiskey!
Have you always had a passion for the culinary arts? How did you get your start?
I was always in the kitchen with my grandmothers. One grandmother being from the South, I learned a lot about Southern cooking, comfort food, and putting a smile on someone’s face with a great meal.
What do you love most about what you do?
The creativity, being able to feed people meals and make them go WOW! Hearing the guest say “OMG that was the best [fill in the blank] I’ve ever eaten!” is the best!
What are your goals for the coming year?
Of course opening another Bourbon Jacks location and reaching more people with the most delicious food we can dish out.
What food bank are you representing?
St. Mary’s Food Bank Alliance and the Vista Del Camino Food Bank
And a few fun faves…
Favorite Super Bowl memory:
Watching the Chicago Bears win the 1983 Super Bowl
Favorite sports-watching snack:
Wings so hot that they make you sweat and a greater steak chili that’s even spicier.
Favorite cocktail to whip up for Super Bowl guests:
Bloody Marys! With everything from vodka to pickles and whiskey to bacon!
AZFoothills.com is a media partner and proud to share with you the best chefs in the U.S. and will be featured in our new publication, IN Arizona, to launch January 2015. All the best Arizona has to offer! 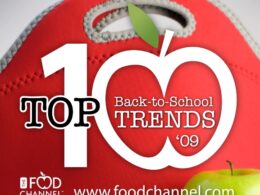 Now that school is officially back in session, FoodChannel.com has released a list of fun back-to-school food trends…
byMelissa 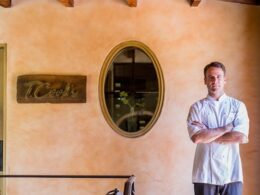 This Week: Veggie Feast and Pinot PIG Out

This week’s delicious calendar of events offers a little something for vegetarians as well as meat eaters. On Thursday,…
byMelissa 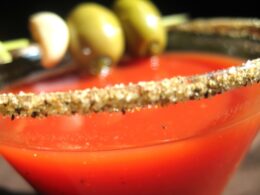 Get your morning wakeup call with a new brunch menu and Bloody Mary Bar at the Windsor.…
byMelissa