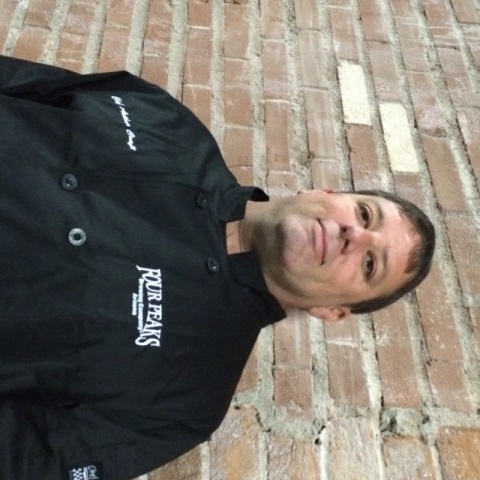 What inspired you to take part in the Taste of the NFL’s Kick Hunger Challenge “Flavors of the Valley” competition?
There are a lot of fundraising efforts tied in with the Valley hosting the Super Bowl. Most support great causes but we were drawn to Taste of the NFL because of how much money raised stays in our home state. In addition to our beer, many people identify us with the food we’ve served the last 16 years at our brewpubs. Being able to help St. Mary’s Food Bank create seven meals for every $1 we raise motivates us. Our brewery was founded in 1996 and through the Four Peaks Brewing Foundation we just established, we’ll continue to give back to Arizona based charities for years to come. Also it should be a lot of fun for us too. Beau MacMillan and Eddie Matney have been friends of the brewery and are doing great things for the Taste of the NFL. There are some new local chefs we’re excited to hang out and share some beers with afterward. The chefs coming in from around the country is a Who’s Who of American cuisine. I really enjoyed meeting Wayne Kostroski recently who founded the Taste of the NFL 24 years ago and hope we can support it on a local level in the future. Plus, Alyssa Milano is going to be there.

Any hints as to what you’ll be dishing up at the Taste of the NFL’s Party with a Purpose if you win? We’re going to feature our Four Peaks Tostadas de Cabrito. It’s smoked green chile goat with queso fresco, heirloom pico de gallo, spicy avocado sauce and shredded cabbage on a crisp tortilla.

Say you’re hosting a Super Bowl party. What dish do you serve to guests? I like to serve slow-cooked meats such as pork and beef and let guests add whatever they want to it. I make sure I’ve got plenty of Hop Knot cans on ice nearby. Our Hop Knot goes really well with rich and spicy foods because of its crisp and citrus finish.

Have you always had a passion for the culinary arts? How did you get your start? Like many chefs, I learned from my mother to not only make food, but to appreciate what good food was. I grew up in the Valley and was fortunate to be exposed to a growing restaurant scene in the 80’s and 90’s. It was fun studying at the Culinary Institute of America in New York and I came back to the Valley after graduation. After working in a couple different restaurants, I met three of who would end up being my long time partners at Four Peaks and we’ve never looked back.

What do you love most about what you do? I like seeing people happy. Many people got introduced to craft beer not only in Arizona but throughout the United States through food. Getting to pair the food my staff and I create everyday with our beers and seeing how it’s made a difference in the way so many people now live and have fun has been very rewarding.

What are your goals for the coming year? We’ll be completing a new menu line-up at both our Tempe and Scottsdale brewpubs in the coming weeks. Our customers’ palates have been changing lately and our goal is to provide them with innovative and flavorful options that are unique to us and craft beer. We’ll also be adding gluten-free and lighter options for those choosing that road. The Arizona food scene is becoming very competitive but our goal will always be to stay uniquely Four Peaks.

And a few fun faves…
Favorite Super Bowl memory: I learned how much fun you could have winning proposition bets in Las Vegas a few years ago.
Favorite sports-watching snack: Lightly salted peanuts and Kilt Lifter.
Favorite cocktail to whip up for Super Bowl guests: It’s called the Ginny Weesley and even if the game is boring, it makes the party a lot of fun. Start with two parts gin from Arizona Distilling, one part sour, one part raspberry preserves, shake together and pour over ice. I top it off with our Four Peaks 8th Street Pale Ale for a little bitterness and fizz.