Valley chefs are certainly no strangers to TV shows. A plethora of local chefs, including Mark Tarbell and Lee Hillson, showed off their skills on “Iron Chef: America” while Beau MacMillan made Arizona proud on “Worst Cooks in America.” Now, MacMillan, of elements restaurant at Sanctuary on Camelback Mountain in Scottsdale, is back on the small screen with GSN’s (formerly the Game Show Network) newest series, “Beat the Chefs.” Each week, three novice cooks will compete against three professional chefs. They will be whipping up their favorite dishes to prove that their family recipes are deserving of a cash prize and bragging rights.
Chefs Antonia Lofaso, of “Top Chef” fame, and Jeff Henderson, who heads up the five-star kitchen at the Bellagio, will join Chef MacMillan on “Beat the Chefs,” and celebrity guest judges include reality star Melissa Rycroft, actor Eric Roberts and “Julie and Julia” author, Julie Powell. Former “American Idol” star Matt Rogers is the host of the new series.
“Best the Chefs” airs Thursday evenings on GSN: DIRECTV, channel 233; DISH Network, channel 116; Cox Communications, channel 145. http://gsntv.com/. 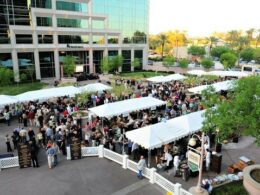 The spring is such a good time to be a food lover in the Valley! On Thursday,…
byMelissa 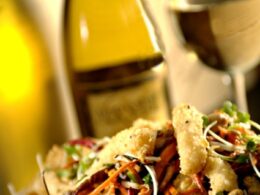 If you’re not planning on barbecuing poolside this Labor Day weekend, here are a few dining events and…
byMelissa 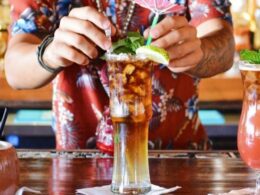 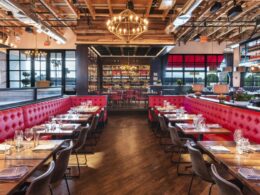