After the March 11 9.0-magnitude earthquake and subsequent tsunamis devastated Japan, Phoenix-area restaurants have decided to pitch in to aid the victims of one of the worst natural disasters in history. Scottsdale’s Roka Akor, Phoenix-based Nobuo at Teeter House and Stingray Sushi (locations in Phoenix and Old Town Scottsdale) are donating a portion of their revenue or creating special menu items whose proceeds directly benefit Red Cross’s relief efforts.
Through Thursday, March 31, Scottsdale’s Roka Akor restaurant and Nobuo at Teeter House in Phoenix, which is co-owned with Chef Nobuo Fukuda (who is from Japan), is donating a percentage of its revenue to the victims via Red Cross and its relief efforts. “Though I came from Japan thirty years ago to live in the United States, I have family still living there and a strong connection to and appreciation for Japan,” says Chef Fukuda in a press release. “Helping even in a small way to support the recovery efforts in the days and months ahead is a cause to which I am completely dedicated.” In addition to their part of their bill being donated to Red Cross, diners can even write a check payable to the Red Cross. The Kapoor Foundation (John Kapoor is the owner of JNK Concepts) will match the funds raised from both restaurants to increase the donation to the Red Cross. “This is a devastating tragedy to the Japanese people who have been good friends to America,” Kapoor says in a press release. “We are going to work hard to raise the funds to help our friends in need.” Nobuo at Teeter House, 622 E. Adams Street in Heritage Square, Phoenix. 602.254.0600, http://www.nobuofukuda.com/. Roka Akor, 7299 N. Scottsdale Road, Scottsdale. 480.306.8800, http://rokaakor.com/.
Stingray Sushi in Old Town Scottsdale and Phoenix’s Biltmore Fashion Park is also aiding in Japan’s recovery efforts by creating the Recovery Roll. All proceeds generated from the sushi will benefit the Red Cross. The Recovery Roll is concocted of spicy tuna and avocado, and topped with seared salmon, spicy sesame-honey mustard sauce and scallions; the Recovery Roll is available now for $12 at both Scottsdale and Phoenix Stingray Sushi locations. “While we can’t be there to help in this process, we wanted to do our part by creating this sushi roll in their honor and giving all proceeds to the Red Cross, toward recovery efforts in Japan,” says Stingray Sushi co-owner Greg Donnally in press release. 4302 N. Scottsdale Road, Scottsdale; 2502 E. Camelback Road, Suite 156, Phoenix. 480.941.4460, http://stingraysushi.com/.
UPDATE: Sprinkles Cupcakes in Scottsdale is also getting in on the charitable action by selling the Red Cross Red Velvet Cupcake tomorrow, March 22. All of the proceeds from these cupcakes will benefit the Japan earthquake and Pacific tsunami relief efforts.
Chef Josh Hebert of Posh Restaurant in Scottsdale is hosting a special late-night menu this Thursday, March 24 from 10 p.m. to midnight.  Half of the evening’s proceeds will go to the Red Cross to support the relief efforts in Japan. Menu items start at $10. 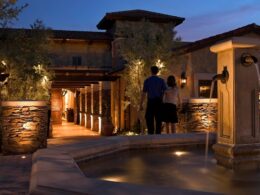 Though most families will be sitting down for a big meal during Thanksgiving next week, 19.1 percent of…
byMelissa 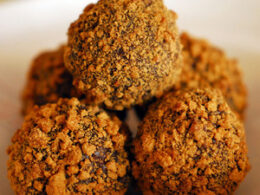 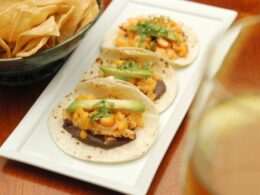 This weekend, the Valley spices up as we celebrate Cinco de Mayo. Here’s where the cerveza-packed parties are…
byMelissa 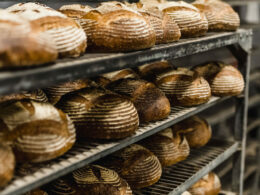 Kneading to Know: Tips for Baking Bread at Home