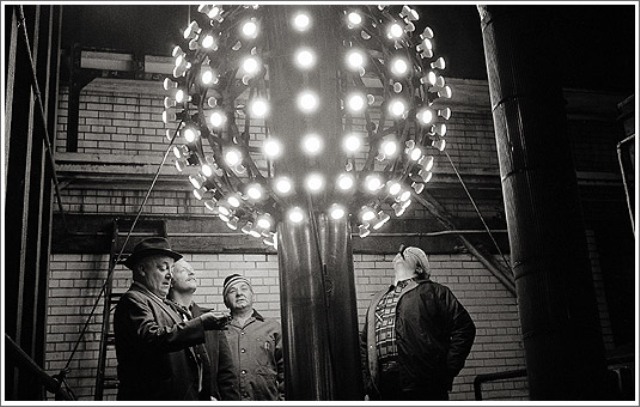 Before that ball drops at midnight, ring in 2013 with an amazing meal from one of these Valley restaurants, all of which are hosting special holiday meals.

The Latilla restaurant at the Boulders Resort in Carefree hosts a lavish New Year’s Eve event complete with a four-course dinner, live music, dancing and a sparkling toast at midnight. www.theboulders.com.

Sassi restaurant in North Scottsdale hosts a New Year’s Eve dinner event with two seating options: one for early diners (5 to 8 p.m.) and another for late night guests (8 to 9:30 p.m.) www.sassi.biz.

Arizona Biltmore in Phoenix hosts a five-course tasting menu with Champagne toast in Wright’s at The Biltmore as well as a three-course New Year’s Eve menu at Frank & Albert’s. www.arizonabiltmore.com.

The Melting Pot will be offering a New Year’s Eve menu, complete with signature items Champagne Trio Cheese Fondue, cranberry-walnut salad and snickerdoodle-chocolate fondue, only available on that day. http://www.meltingpot.com/.

New Year’s Eve dinner in Province at The Westin Phoenix Downtown includes a four-course menu that infuses Latin-inspirations into each culinary creation. Wine pairings will also be available. http://phoenix.provincerestaurant.com/.

From Dec. 28 through Dec. 31, Fleming’s Steakhouse and Wine Bar will dish out menu, cocktail and bubbly on special in celebration of the New Year. Menu items include lobster mac and cheese, Delmonico steak and more. www.flemingssteakhouse.com.

Starting at 4 p.m., Roaring Fork restaurant in Scottsdale will be featuring a selection of specialty, a la carte menu items in honor of New Year’s. Seatings start at 4 p.m. www.roaringfork.com.

Caballero Grill is celebrating New Year’s Eve–and its first anniversary– by giving anyone that comes in between 11 a.m. and 5 p.m. a free burger as a thank you for the success they’ve had during their first year. The restaurant will be celebrating the New Year by offering a VIP five-course dinner with wine selections from Galante Vineyard. http://caballerogrill.com/.

At 7 p.m., Kelly’s at Southbridge in Scottsdale invites guests to sit down for a dining experience that includes soup, salad, main course (pre-order), dessert, choice of one bottle (per two guests) of red wine, white wine or Champagne. There will also be a special VIP experience with a buffet and private patio access. http://kellysatsouthbridge.com/.

Mark’s Café in Tempe will be celebrating New Year’s Eve with their customers, offering three dinner seatings: 5 p.m., 7 p.m. and 9 p.m. Courses include roast pork loin, cheesecake and more. Plus, Mark’s Cafe is BYOB, so be sure to bring your fave bottle. www.markscafeaz.com.

With a selection of three different menus (at three, six and eight courses) and seating times to choose from, Phoenix’s Crudo restaurant offers an ideal New Year’s Eve dinner experience for just about everyone. www.crudoaz.com.

T. Cook’s at Royal Palms Resort and Sp dining guests can indulge in a three-course pre-fixe experience this New Year’s Eve two seatings. Diners can choose an appetizer, entree and dessert from a selection of festive dishes to bring in 2013. www.royalpalmshotel.com.

Scottsdale’s Calistro Bistro offers a special three-course menu for the New Year’s Eve, with a complimentary glass of Champagne. http://www.calistrobistro.com/.

Montelucia Resort & Spa will bring in the New Year at Prado with a prix fix menu. The 9 p.m. seating even includes one bottle of Vueve Cliquot Champagne per couple and seating guaranteed until midnight. www.montelucia.com.

Start New Year’s Eve night off with dinner at CityScape’s Arrogant Butcher. The Phoenix restaurant will be offering a special dinner menu from 11 am. to 10 p.m. highlighting some of its specialty menu items. www.foxrc.com.

Phoenix’s Milagro Grill dishes up a four-course dinner of unique Mexican/American fusion fare, capped off with a Champagne toast, in honor of New Year’s Eve. http://www.milagrogrillaz.com/.

Arrowhead Grill is celebrating the arrival of 2013 by offering a specially prepared end-of-the-year dinner of lobster tail, Kobe steak and more. www.arrowheadgrill.com.