Today, the highly anticipated “Blood Into Wine” independent film premieres. The film, from Phoenix production company Twinkle Cash Company, follows local winemaker/rock star Maynard James Keenan and his business partner Eric Glomski on their mission to bring attention to Northern Arizona as a burgeoning wine region. (Kennan is behind the local Arizona Stronghold, Merkin and Caduceus Cellars.) Directors/producers Ryan Page and Christopher Pomerenke followed Keenan during the 2009 winemaking year in Northern Arizona.
“Blood Into Wine” will premiere tonight at W Scottsdale. (For more information on the premiere, visit http://wscottsdaletickets.com/index.php?event_id=3.) The movie will play at select theaters nationwide. Locally, the movie can be viewed at Harkins Valley Art Theater in Tempe from Feb. 26 to Mar. 4 and in Tucson at The Loft Cinema on April 28. A DVD is planned for the spring. 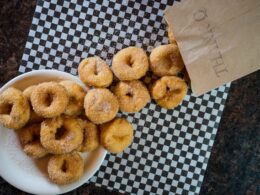 A Taste of Bobby Q

For more than 10 years, one name in the Valley has been synonymous with stellar barbecue: Bobby-Q Great Steaks & Real BBQ. Now open for a decade at its Phoenix location, the restaurant and social bar has just opened up some new digs in Mesa, at Stapley Road and the 60.
byMelissa 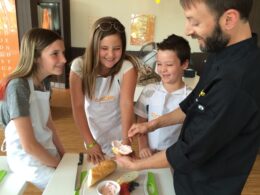 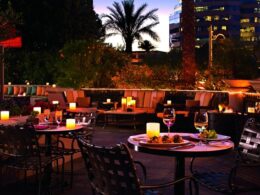 The Ritz-Carlton, Phoenix is launching a highly anticipated Chill & Grill series on the patio of signature restaurant…
byMelissa 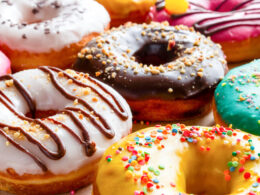