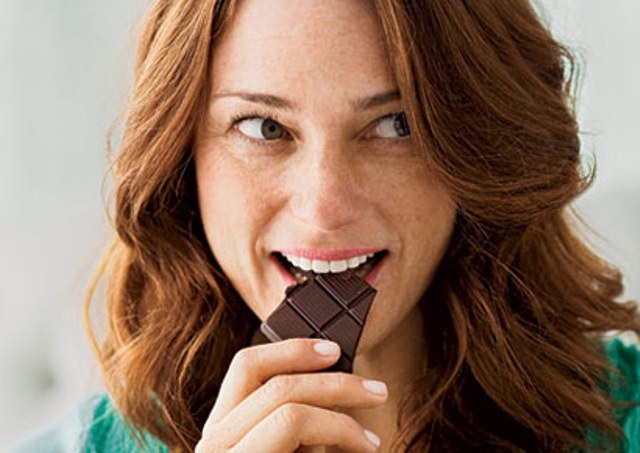 One of my favorite things on this planet is chocolate. Dark, melted, topped with sea salt–whatever form it comes in, I love it. So I was excited to hear that The Food Channel (www.thefoodchannel.com) listed the top 10 chocolate trends of the year. Who’s as stoked about craft chocolate and the more-present Nutella as I am? Read on:

1. Craft Chocolates. This trend combines all the worries of the world and solves them with chocolate. Locally sourced. Green. Pure. Healthy. Artisan. Premium. DIY. When you make your own craft chocolates, you can, well, craft anything you want out of anything you want.

2. Spreadable Chocolate. We perked our ears up at the 2011 National Restaurant Association Show when we heard the representative from Nutella tell a group of industry leaders that they planned to spend heavily in U.S. advertising over the next few years. He told the group that Nutella was a brand known all over Europe, but not so much in the States, and they were ready to change that.

3. Chocolate with an Ethnic Twist. We’re seeing this across all desserts, not just chocolate. But it appears to have started with chocolate, as Mexican chiles and vanilla got called out in candy bars. Then we added matcha (green tea), and began dipping our churros in chocolate.

4. Chocolate in Unexpected Places. Just when you thought we weren’t going to talk about bacon. Well, this isn’t about bacon-dipped chocolate, but since chocolate is showing up more and more at breakfast, you can expect to find more and more of those flavors together. In fact, chocolate flavors are enhancing all kinds of food experiences.

5. Chocolate For the Health of It. We’ve had enough of “Death by Chocolate” and over-indulgence (well, it may depend on the day). The point is, if we can garner a few health benefits and eat chocolate at the same time, we’re all about it.

6. The Cinnamonizing of Chocolate. Cinnamon is hot right now, and we’re not just talking about the stronger Vietnamese cinnamon (marketed as Saigon cinnamon) or the ancho-chile cinnamon. We’re talking about turning up the heat in the bedroom a little, too.

7. He Said/She Said: Chocolate. Can you tell your preference for type of chocolate by gender? Our informal tests showed yes, and science is at least saying that women prefer the stronger flavors of dark chocolate. What’s more, rumor has it that if you want to conceive a girl, eat chocolate (if you want a boy, stick to red meat).

8. A Chocolate for Every Dietary Need. It’s hard to think about flourless or sugar-free or even dairy-free when it comes to chocolate, but companies are responding to the need. The huge rise in gluten-free diners has had a bigger impact on menus than all of the calorie counting that worried restaurants so much a few years ago.

9. Crowdsourced Chocolate. Call it whatever you want: mash-up, personalization, customization. This trend says that chocolate is showing up with some unusual combinations in what we call a mash-up of ingredients. After all the ways Americans have reinvented chocolate over the last few years, what else is left?