Resort Report: Sport’s Fantasy With a Hint of Luxury

This week’s resort report touches on a golf getaway, a baseball diamond dream, a football fantasy, and of course, an iconic luxury hotel all within an arm’s reach in the southwest.

First up is the acclaimed Pelican Hill in Newport Beach. Beginning now and revving up through the spring months, Pelican Hill is featuring a perfect blend of seasonal experiences for golfers and vacationers alike.

“For guests from near and far, our spring packages offer seamless getaways for families, couples, golfers and spa aficionados,” said Pelican Hill Managing Director Giuseppe Lama. “Enjoy Newport Beach’s sunny Mediterranean climate in an idyllic coastal setting with all the luxuries of this Five-Diamond destination, including two Fazio-designed golf courses, a Five-Star Spa, four ocean-view restaurants, a radiant circular pool and pristine beaches.” The resort offers a number of golf packages including a weekend golf academy to tweak your swing to perfection.

Stay local as The Royal Palm Resort and Spa welcomes all in the coming months for special golf and baseball packages. With its iconic desert scenery and mild winters, Arizona has blossomed into a regular sports hotspot for such grand events like the highly anticipated Phoenix Open, happening this week, and the very popular Cactus League spring training for more than a dozen Major League Baseball teams every year.

It seemed only fitting to pay homage to The Royal Palm Resort and Spa that caters to both parties during this sport-frenzy, and give you a glimpse of what you may expect this spring.

The Royal Palm gives sports fans an escape from cold weather while pampering them in lofty amenities on the grounds and within the rooms of the resort. Gear up for these three Spring Escape Packages, all available through mid-May.

Now, if you don’t have plans as to where you’ll be watching Super Bowl this year and want to make an epic weekend of it, reserve your room at none other than the luxurious Wigwam Arizona. Not only can you get your game on in one of their deluxe guest rooms, you’ll also have a chance to win a fantasy deal for football lovers! For each reservation for this Super Bowl weekend and 2014’s Super Bowl weekend will be entered to win tickets to 2015 Super Bowl (being held in Arizona), plus a free weekend stay at The Wigwam (a $2,300 total value).

And finally, the famed Hotel del Coronado in San Diego celebrates its 125th anniversary in 2013 with a series of community events, charitable promotions and guest packages. A yearlong calendar of activities has been planned for The Del’s milestone anniversary, including citywide historic exhibits, special events and a variety of historic-themed offerings. 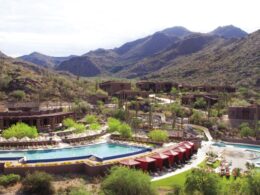 In a milestone moment, The Ritz-Carlton Hotel Company has published its 1,000th travel tip on Foursquare. The brand’s Foursquare campaign,…
bySuzanne Koch 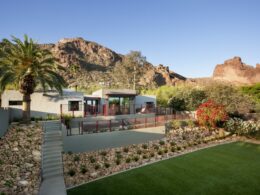 Sanctuary on Camelback Mountain Resort has introduced its Sanctuary Elevated package, which includes a stay in the resort's newly renamed collection of private homes, The Villas at Sanctuary.
bySuzanne Koch 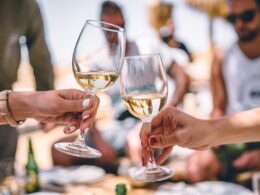 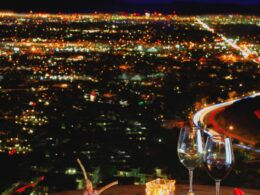