Phoenix based singer and songwriter, she has released four originals; “Summer”, “Chardonnay”,  “Someone Told Me” and “The Minor.” All available on iTunes & Spotify. She performs as a duo up to a  full band and puts a clever spin on crowd favorites, such as covers from Norah Jones, The Police, Lynard  Skynard, and favorite jazz standards.

Her original songs have been described as smart and playful with an obvious appreciation for jazz musicianship. She is currently working with producer Clarke Rigsby from the legendary Tempest Recording (phx) and plans on releasing six more singles in 2018 before she releases a full album in 2019.

Born and raised in Los Angeles, CA, Stanley has dedicated his life to music since the age of 5 years old. By the age of 16, he was a traveling full-time musician and his passion to entertain continues to grow and is evident every time he gets on stage. He currently performs all over the Phoenix area and is devoted to his family and his music.

Matthew Thornton is a musician who plays in the Phoenix-based indie rock band Vinyl Station. When in  Phoenix, he plays constantly with other Vinyl Station band members and other musician friends. Vinyl  Station has released 2 full-length albums.

Joel is a dynamic musician with over 20 years of singing and guitar experience. An Arizona native, he grew up listening to the classic sound of great musicians like Hendrix, Stevie Ray Vaughn, and Bob Marley.

As the frontman of the popular Arizona cover band “Kung Fu Grip” and the country band “Southern  Country,” Joel is famous for his highly energetic shows and ability to capture and engage his audience with a wide range of genres from classic and modern rock to country and reggae, blues, hip hop and everything in between.

Where love and music collide, you will find The Waters. This time, not as performers, but as presenters.  They will bring you the best local music that you are probably not hearing!

“Singer-Songwriter-Guitarist Lee Perreira combines classic blues riffs with a soulfully textured vocal style leaving his audience instantly captured. A regularly performing musician in the Southwest Region,  as well as in the Arizona Music Scene, Lee has been averaging over 300 gigs a year for several years now.

Award-winning artist, Lee Perreira has opened for and sat in with Blues Legend Buddy Guy at the  Marquee Theatre, opened for James Bay at Mix 96.9’s SOLD OUT “Spring Thing” at LiveWire, and has also been blessed to have shared the night with amazing artists such as Foo Fighters, Gary Clark Jr, Train,  The Fray, INXS, Journey, The Doobie Brothers, and many others!”

Think James Taylor style vocals…this talented singer, guitarist, and songwriter has toured all over the United States and Europe. Brian has released 11 albums of original music.

Kim Capria is a singer-songwriter from Phoenix Arizona playing a range of covers and original music influenced by bands like Fleetwood Mac, Tom Petty, and The Cranberries. Capria had been playing music in the Valley since 2011 with her former band The Banter.

Where love and music collide, you will find The Waters. An acoustic duo comprised of singer/songwriter  Krystal Baker and guitarist Sturgis Waters based out of Phoenix, AZ, they bring a minimalist approach to progressive folk-rock music. Her haunting vocals combined with his colorful guitar melodies blend to create a fabric of intimate conversation.

The modest and dynamic aspects of the duo create an authentic experience. Once compared to a more multi-dimensional yet similar vocal sound to that of Natalie  Merchant, coupled with the reminiscent guitar styling’s of Tim Reynolds, you will find a great combination of distinctive yet familiar sounds.

Playing both their original songs as well as unique arrangements of other artists, their love of music is something we can all connect with.

The Hourglass Cats are known for their high-energy live shows and have quickly become the premier party band for festivals, events, and venues all over Arizona as well as  California, Texas, Oregon, Colorado, and even parts of Mexico. They’ve shared stages with acts like Cee  Lo Green, Thievery Corporation, Slightly Stoopid, Passion Pit, Phantogram, De La Soul, and many more.

Julianne Forte is an American musician, singer, and songwriter. Her music incorporates elements of rock,  folk, hip hop, country, and pop. She is currently working on her first major EP release and has contributed to a number of major label releases as a performer and songwriter.

Noted as “a true inspiration” from Arizona Foothills Magazine, Michael Land brings a modern, soulful twist to his songs with an old school sound. Michael considers himself an all-around classy guy with his  “suit and tie” kind of style but loves to cut up with an audience during his shows. He has performed the  National Anthem for the Arizona Diamondbacks, the Phoenix Suns, Barret Jackson Car Auction, and for The House of Representatives at the Arizona State Capitol.

Over the years, Michael has excelled in his craft of learning piano and guitar, along with growing and developing his vocal abilities. Michael is thrilled to release his latest EP, “Free Your Soul”, to the public. The story of the album tells his journey as an artist, and who he has become at his truest self. His full-time career, as an artist, allows him the opportunity to write, perform, and travel. 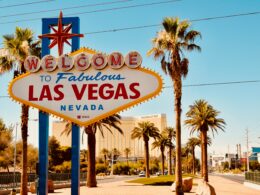 Summer may be coming to a close, but Las Vegas is only heating up over Labor Day Weekend.
byChristina Silvestri 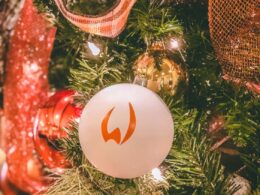 Kick off the Festive Season at The Wigwam

The Wigwam is celebrating the holiday season with a variety of family-friendly activities including a Thanksgiving feast, tree lighting ceremony and cooking classes.
bySuzanne Koch 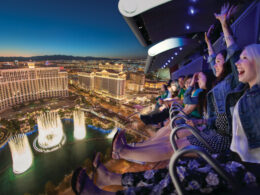 Explore some of the world's most iconic and natural wonders without leaving The Strip.
byChristina Silvestri 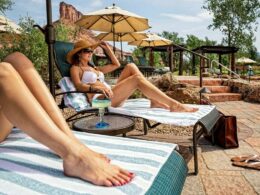 Debuting in June, the new experience at Gateway Canyons will include everything from a casita stay to food, activities and more, just in time for summer vacation.
bySuzanne Koch