Baseball season is rounding the corner as Spring Training officially kicks off in Arizona on March 3 with the Cactus League playing at 10 stadiums across the Valley. Fans from all over the country are taking over the Valley of the Sun to cheer on their favorite team.

Kimpton’s Hotel Palomar Phoenix, is a top choice for fans looking for centrally located lodging to all of the ballparks to experience Spring Training at its best. Fans can watch all of their favorite teams, and while staying downtown, enjoy the dining and nightlife at CityScape Phoenix, as well as many other entertainment, sporting and cultural options within walking distance of the hotel.

Hotel Palomar Phoenix is offering a “Rounding 2nd Second Base” Package valid through March 31, with rates from $269 (code RTWOB), which includes:

Hotel Palomar Phoenix is contemporary, connected and cosmopolitan, yet comfortable and welcoming all at once. A boutique hotel, Hotel Palomar Phoenix is ideally located at CityScape Phoenix, downtown Phoenix’s dining, entertainment and shopping hub, with dozens of impressive options all walking distance from the hotel’s front door. Guests are also just steps away from US Airways Center, Chase Field, the Phoenix Convention Center, the Phoenix Symphony, Arizona Science Center and more amazing restaurants than you’ll have time to indulge in.

Inside the hotel is the masterfully designed space that begins in the elegant mid-century modern lobby and extends all the way to the hotel’s 242 guest rooms, 16 of which are suites. Guests find everything they need at the hotel beginning with LUSTRE Rooftop Garden, perched on the hotel’s third floor pool deck, which is an oasis in the heart of the city with sweeping views of the stunning skyline. The spacious guest rooms, some of the largest in downtown Phoenix, have modern interior touches and views of the surrounding city and mountains. Among the many guest amenities are complimentary bikes for rental to cruise around downtown along with a custom pocket map that serves as an insider’s guide to the best of the city. 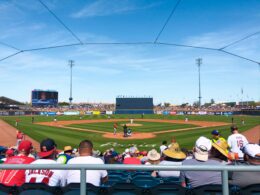 Since Phoenix is home to some of the nation’s best resorts, we rounded up the top spring training hotels closest to each Cactus League stadium to make it even easier to choose where to book a room.
byChristina Silvestri 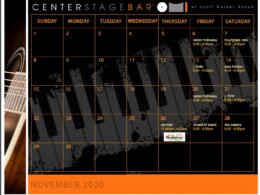 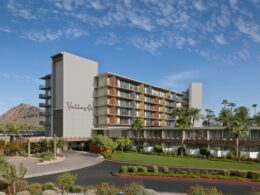 Hotel Valley Ho is commemorating its 60th anniversary with celebratory room and dinner specials. In celebration of this…
byChristina Silvestri 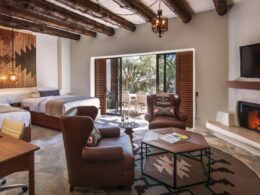 Fall in Love This Valentine’s Day at The Boulders Resort