The Mirage, a Las Vegas Strip icon, will soon close and be rebranded as a Hard Rock hotel and casino.

Las Vegas-based gaming giant MGM Resorts is set to sell The Mirage to Hard Rock International in a $1.075 billion cash deal that’s expected to close in the second half of this year.

Hard Rock plans to build an iconic guitar-shaped hotel in its place, similar in style to its other Hard Rock-branded buildings around the world.

“We are honored to welcome The Mirage’s 3,500 team members to the Hard Rock family,” Jim Allen, chairman of Hard Rock International, says in a statement. “When complete, Hard Rock Las Vegas will be a fully integrated resort welcoming meetings, groups, tourists and casino guests from around the world to its nearly 80-acre center-Strip location.”

In its heyday, The Mirage was the largest hotel in the world when it opened in 1989 and was well-known for its 90-foot Strip-side volcano, as well as for its dynamic shopping and entertainment options. 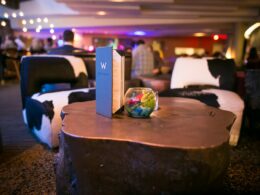 W Hotels is taking its reputation for great music on the road with its W Tour Life series.…
byLeslie Hughes 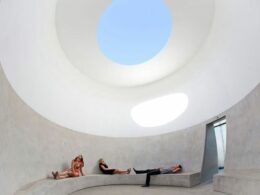 Like Scottsdale Arts itself, Connections comprises four unique blogs with a variety of content that will include video conversations with artists, virtual exhibitions, artistic resource lists and more.
bySuzanne Koch 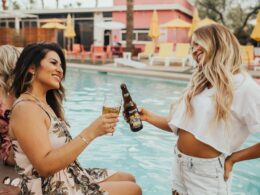 Splash into summer at these cool resorts offering up fun activities, specials and more.
bySuzanne Koch 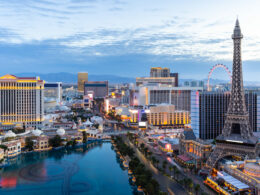