Next year at Coachella, festival-goers will have more to look forward to aside from another sweet lineup of eclectic acts. A brand new luxury resort is set to open near the Empire Polo Club, where Coachella and Stagecoach are both held. Located east of the festival grounds, the 35-acre Hotel Indigo resort is set to be an attraction in its own right, setting the stage for Coachella to become a year-round destination.

The new resort, which is expected to cost $45 million, will operate under the Hotel Indigo name, a hip lifestyle brand of InterContinental Hotels Group. Hotel Indigo is being developed by a few secret celebrity backers along with Los Angeles real estate investor Stuart Rubin and entertainment lawyer Gary Stiffelman.

The eye candy of the resort will be a 10,000-square-foot Vegas-style pool surrounded by casitas and complete with a DJ stage, an in-pool cocktail lounge and a catwalk down the middle. The pool will be filled with chilled saltwater so it stays cool year-round. And since Coachella is as much about the pre- and post-events as it is the festival itself, the hotel will feature an 11-acre grass-covered entertainment area to host additional music events, wellness retreats and other private happenings. We smell a REVOLVE party.

Accommodations at Hotel Indigo will include 250 rooms and 51 casitas ranging in size from two to six bedrooms with shared living rooms and social areas for entertaining with private entrances and bathrooms. Additional features of the resort will include a spa, gym, yoga studio, restaurant, general store and a coffee shop. The resort is also building a 12-foot high sound-proof wall to allow for events to take place until 4 a.m. so you can keep partying long after the final performance of the night.

The hotel is expected to be completed in the fall and will be the first and only major luxury hotel that is actually in Coachella. Currently, the closest hotel to the yearly music festival is nearly 10 miles away, with many nearby inns and boutiques in neighboring Indio. 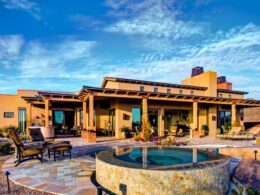 Live in Luxury at The Residences at The Ritz-Carlton, Dove Mountain

The Residences at The Ritz-Carlton, Dove Mountain is a private custom home community that provides its residents with…
byChristina Silvestri 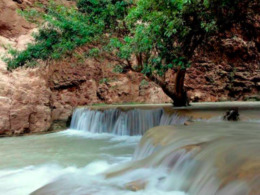 A Visit To Havasupai – Gorgeous Scenery and Hearty Hikes

by: Meaghan McInerny Havasu falls is a hidden treasure found in an offshoot of the Grand Canyon. Known…
byAmanda Savage 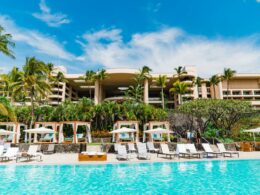 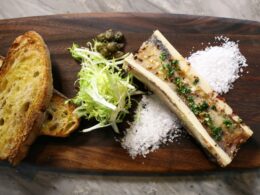