Next visit to San Francisco, billet yourself and your company at the Inn at the Presidio. At the southern, or San Francisco, approach to the Golden Gate Bridge, the Inn debuted in April 2012, and it’s a memorable experience for those who want at least some of their travels, business and pleasure, to be meshed with history and culture. The Tourism Marketing Council, in fact, recently noted in its 2013 Cultural & Heritage Traveler Study that 60 percent of travelers say they are likely to take a cultural/heritage trip — up from 51 percent in 2009. A member of the Historic Hotels of America and a selection of Fodor’s Top 100 Hotels in its first year, the Inn magnificently fulfills those culture-tourism needs in a rural environment of superb accommodations and amenities.

Formerly Pershing Hall, for the great general who once lived at the fort, the building opened in 1903 as bachelors quarters for officers stationed at the Army base. Magnificently renovated, the Classic Revival-style Inn includes 22 rooms on three levels: 16 king suites; one queen suite; two bay-view king bedrooms on the top floor; and three forest-view bedrooms, a king and two queens. In tune with its setting, interior colors and fabrics are in a neutral palate with contemporary touches and finishes and historic photographs and memorabilia such as the bugles once used at the Presidio that have been mounted on the entry wall. Recently opened across from the Inn is the beautifully renovated Funston House, a Greek Revival-style home dating from 1889, adding a king and two queen rooms and one queen suite with a sitting area to the campus inventory. Each of the rooms has a private bath and amenities such as Wi-Fi and flat screen televisions, and guests share a living room, dining room and a service kitchen with refrigerator and porch.

“Funston House is a wonderful addition that introduces more privacy and a residential style floor plan that is ideal for families, bridal parties, weekend getaways with friends and even corporate offsite trips,” the Inn’s general manager, Terry Haney, says. He is assisted by an experienced, gracious staff, including Assistant General Manager Armando Pardo.

The almost 1,500-acre Presidio is the country’s largest preservation project. Of the 870 structures, 470 are considered of historic importance; these include brick and wood barracks, such as the Inn, and Victorians. To date, 300 buildings have been variously repurposed, landfills have been removed and natural areas restored.

“The overall unique aspect of staying at IAP is that guests are staying inside a National Park site that has tremendous history and heritage that covers occupation by two countries previous to the U.S.,” Haney explains. The Presidio is, in fact, older than the country. Native Americans of the Ohlone tribe, were here even before Sept. 17, 1776, when the Spanish established a fort, or presidio, as the Empire’s northernmost military outpost, maintaining it until 1821. Mexico assumed control in 1822 until the United States claimed it in 1846 at the beginning of the Mexican-American War, just four years before California became a state. The U.S. Army occupied the site as a base until 1994, when it was decommissioned. During the 150 years under Army control, troops from the infantry, cavalry, artillery and the Army Air Corps were stationed here. Just outside the doors to the Inn, soldiers provided aid to the residents of San Francisco in the weeks following the devastating1906 earthquake. The famed Buffalo Soldiers of African-American descent trained on site, some serving as park rangers before the National Park Service was established, and, a generation later, Nisei, native-born Japanese-Americans, also served their country here during World War II. 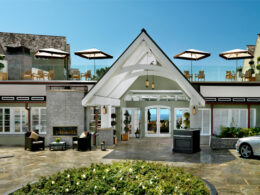 While cozy beach towns can be found up and down the California Coast, the Del Mar stretch of…
byNichole 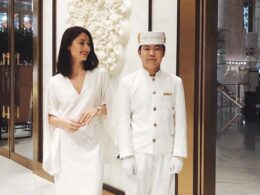 Celebrate The Year of The Dog With These 7 Resort Experiences

On February 16 we welcomed in the Year of the Dog. The dog is the 11th out of…
byLeslie Hughes 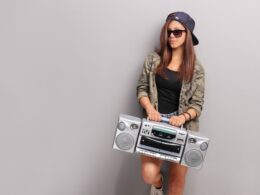 Pull out your Tommy Hilfiger crop top (shoutout Aaliyah), platform sandals and neon fanny pack because Paséa Hotel & Spa is amping up the summer with their 90's Hip-Hop Brunch series. And yes, it's totally as cool as it sounds.
bySuzanne Koch 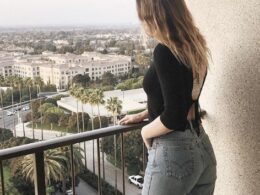 Let’s be honest, shopping is even better when its convenient. Why waste time driving around trying to find…
byLeslie Hughes