The summer Olympics in London are approaching quickly. Stateside, resorts around the country are offering Olympic-themed packages to celebrate the games this summer.

Home to the 2002 winter Olympics, Salt Lake City is a prime summertime escape due to its relatively cool climate from June through August.

A stay in Salt Lake coupled with an Olympic-sized experience is best had at the Washington School House Hotel. The hotel, which opened in December 2011, is offering their Gold Medal Adventure Package from June 15th through September 17th. Probably one of the most unique hotels in the Salt lake City area, Washington School House was originally one of three schoolhouses built in Park City in 1898. The building was converted to a bed and breakfast in 1984, and completely stripped and refinished during an extensive remodel that concluded in December 2011. Boasting 12 total rooms, the various accommodations within the hotel are unique, yet harness all the amenities one might expect from a top-notch boutique operation.

You don’t have to be an Olympic athlete to have the gold-medal experience of a lifetime. Guests who take advantage of the Gold Medal Adventure Package can hike and explore the mountains where the world class hit the slopes. Then, Washington School House will send them surging down a bobsled course – reaching speeds up to 80 miles per hour – on the same tracks where the 2002 gold medal was won.

The package starts at $395/night based on double occupancy with a minimum two-night stay and is valid June 15 – September 17, 2012. 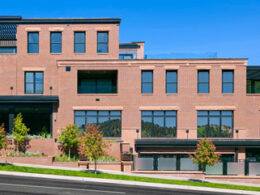 The Hotel Jerome Residences at the Mill have brought an entirely new meaning to the word “luxury.” As…
byLeslie Hughes 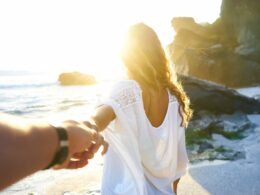 From the Land of 10,000 Waterfalls to a Lake Tahoe dinner cruise and more, these national parks will surely spark romance.
bySuzanne Koch
2 shares
1
0
1 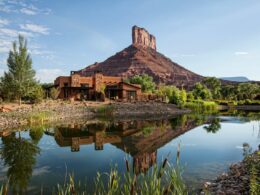 Fans of Westworld can now experience it for themselves at Gateway Canyons Resort & Spa in Western Colorado.
bySuzanne Koch 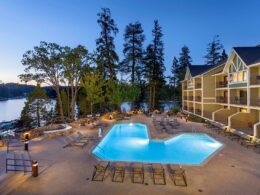 From Oktoberfest revelry to an adventure-filled family getaway, there’s something for everyone at this “secret” retreat.
bySuzanne Koch