The Most Expensive Homes Ever Sold in the U.S.

Beginning our list is the Woodside, Calif. estate in Silicon Valley. It was sold in November 2012 to an anonymous billionaire thought to be Masayoshi Son, the founder and CEO of SoftBank for $117.5 million. The hill-top property sits on nine acres of land with a 360-degree view of the Woodside Mountains.

Built in 2005, the beautiful neoclassical-style home was designed by architect Allan Greenberg. The property has a swimming pool with a pool house, a tennis court, and gardens that surround the main house. The 8,900-square-foot home has multiple double french doors, an ellipse-shaped garden room and a domed roof. The admiration goes on for this gorgeous French country-inspired estate.

Next on our list is the Spelling Manor located in Holmby Hills, Los Angeles. The custom-built mansion was originally listed for $150 million by Candy Spelling, the widow of late TV producer Aaron Spelling. It was resold for $85 million to British heiress, model and fashion designer Petra Ecclestone. Finally, in 2019, the home was sold for $120 million.

The Spelling Manor has 123 rooms featuring a library room with built-in bookshelves and a recently added wine bar, ballroom double staircases in the front room with a hanging chandelier and a beautiful living space with double-French doors. Overall this home is a dream-come-true for princess-wannabes and fairytale fanatics.

The stunning Copper Beech estate in Greenwich, Conn. was originally listed at $190 million in 2013. It was purchased nearly a year later for around $70,000 less at $120 million. A co-founder of Andrew Carnegie’s U.S. Steel corporation originally built the intricate masterpiece in 1898 and sold it to a lumber magnate in the 1980s.

The 50-acre property is surrounded by rolling fields and lush forest and offers a water view and private beaches. It features grass tennis courts and a private apple orchard. Residents can enjoy a 75-foot heated pool and a connected hot tub overlooking the Long Island Sound. The house itself is 15,000 square feet and has a 1,800-foot-long driveway. It’s classy, exquisite and every cottage-core lovers’ delight!

The Palm Beach mansion is the most expensive home to ever be sold in Florida at the price of $122.7 million. It was sold to private equity specialist Scott Shleifer in February 2021. The land was also owned by Donald Trump prior to Shleifer becoming the home’s first owner.

The oceanfront estate has a modern-style exterior with an electric fireplace and private pool offering a clear view of the Atlantic and palm trees swaying in the breeze. The inside of this contemporary home is nearly 21,000 square feet and has nine bedrooms and windows that expand from the floor all the way to the ceiling. The views and amenities make this mansion a tropical paradise.

This unique U-shape aerial view mansion is located in the exclusive Beverly Hills community of Trousdale Estates and has been owned by some big names in the business world. In September 2020 the founder of Quibi Jeffrey Katzenberg sold the home to Whatsapp founder Jan Koum for $125 million.

Sitting on 6.4 acres of land, the mansion is 27,000 square feet and has five bedrooms and 13 bathrooms. Before it was sold to Koum, Katzenberg had the Beverly Hills mansion redesigned by architect Howard Backen. The lot is surrounded by lush forest and greenery of Beverly Hills.

Taking a jump in the list, the Broken O Ranch in Augusta, Mont. sold for $132.5 million to Stan Kroenke in 2012. The real estate billionaire paid for the estate in cash.

The property’s main house offers 10,000 square feet of space with views of the pastures and rocky mountains

The Jule Pond Southampton located in Long Island, NY last sold to an anonymous buyer in 2021 for $145 million. The 42-acre estate had numerous past owners including Henry Ford’s grandson, Henry Ford II in 1960, his ex-wife who won the house in their divorce settlement, Italian financier Carlo Traglio in 1978 and financier Brenda Earl in 2006.

Today, sporting the biggest private beach frontage on Long Island, the estate is surrounded by ponds and green belts. The interior is 20,000 square feet and has 12 bedrooms and 12 baths that were renovated in 2008 by Earl giving the historical home a classical yet modern feel.

Another expensive purchase from Long Island, NY is the East Hampton Estate. It was bought by hedge fund manager Barry Rosenstein for $147 million. He sold it in 2020 for an incredibly lower price of just over $35 million.

The oceanfront estate is right off of Lily Pond Lane and extends 13,623 square feet with the main house, a two-bedroom guest cottage, 62-foot lap pool, and an additional building with an office, garage and exercise room. The main house has seven bedrooms and nine and a half baths. Along with all the amenities and structures, the exterior also has pavilions, winding paths and private access to the ocean.

4. The Estate at Chartwell, Bel-Air, California

Located in Bel-Air, Calif., this gorgeous Chartwell Estate sold for $150 million in December 2019 to Rupert Murdoch’s billionaire son Lachlan Murdoch. The property was on the market for a few years after the owner, billionaire Jerry Perenchio passed away. His heirs attempted to sell it at $350,000 and continued to lower it until Murdoch finally got it for more than half of the original price.

The 10-acre estate sits in the heart of Bel-Air and offers a full view of Los Angeles. Interestingly enough, it was built in the 1930s and abandoned during the Great Depression. It later showed up in the opening credits of the TV series “The Beverly Hillbillies” and gained traction.

The vast 10.39 acres of grounds are kept busy year-round with garden and ranger teams maintaining it for visitors who come to see the beautiful estate. The exterior is lined with trimmed trees, gardens, a 75-foot pool, pool house and a tennis court.

The main house is 25,000 square feet and has 11 bedrooms, 18 bathrooms, a ballroom, a paneled dining hall, a formal salon and a wine cellar. The car gallery has space for 40 vehicles plus the property offers a five-bedroom guest house designed by Wallace Neff. With the uniformity of design and classy appearance, this mansion almost seems to take on inspiration from the White House itself.

The next home on this list is the Jack L. Warner Estate located in Beverly Hills, Calif. It was sold to Jeff Bezos, the richest person in the world, in 2020 for $165 million. Extending 10 acres, Bezo purchased the estate from American business magnate, producer and film executive David Geffen who back in 1990 bought it for only $47.5 million.

This Neoclassical-style mansion exhibits the golden age of Hollywood and spans 13,600 square feet with the property featuring two guest houses, a private swimming pool and a tennis court. The front of the house is designed with giant white pillars and a central water fountain surrounded by greenery. It will be interesting to see if Bezos adds any more creative amenities and designs to this work of art.

The seven-acre Malibu, Calif. estate became home to entrepreneur Marc Andreesen in October 2021 when he purchased it for $177 million. Sold by fashion executive Serge Azria and his wife Florence, the couple paid $41 million for the property in 2013. The location places the estate in an extreme fire danger zone and likely racks up a high annual fire insurance bill along with around $1.8 million in property tax bills annually.

The seven-acre beachfront property sits high above Malibu’s Paradise Cove beach and offers amazing views of the pacific. It has plenty of amenities including multiple guesthouses, guardhouses, a private swimming pool and a box garden. Along with all the features, patios and terraces overlooking a winding path to the beach, this estate is intentional with its space.

The last home on this list takes a huge leap up to $238 million. Purchased in January 2019 by hedge fund manager Ken Griffin. Located at 220 Central Park South Manhattan, NY, the property consists of the top four stories of an unfinished NYC building.

Due to the building being a work in progress, Griffin purchased the high rise without any furnishings or added amenities. The 24,000-square-foot penthouse overlooks Central Park at 953 feet and encompasses the 50th through the 53rd floor of the building. 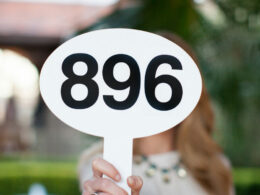 By David M. Brown Buyers and sellers throughout the world participate every year in the January home and…
byChristina
5 shares
5
0
0 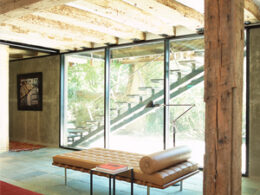 By now, we all know the effects that the suffering economy has had on our personal lives as…
byAmy 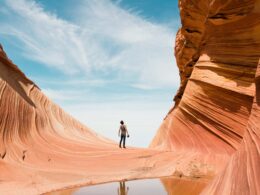 The Most Instagrammable Places in Arizona

These must-see places across Arizona are set to impress both on the 'gram and IRL.
byChristina 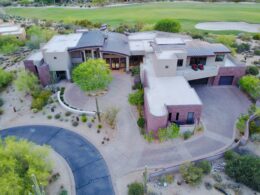 Phoenix Offers Some of the Largest Home Lot Sizes in the Country, Report