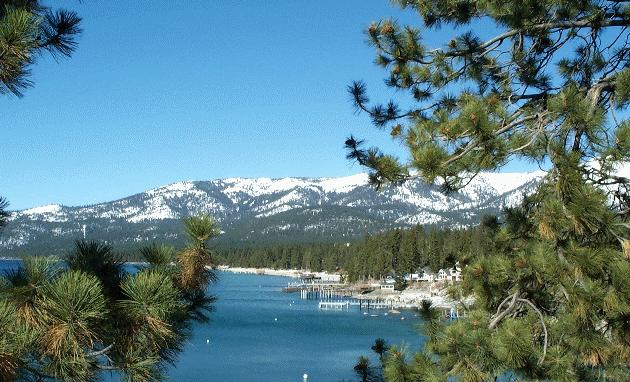 Lake Tahoe home prices are coming back to life with notable increases in both median and average prices, according to Chase International’s quarterly report. The report, released April 5, is comprised of all home and condominium sales in the Lake Tahoe and Reno area from Jan. 1 through March 31, 2009, versus the same time in 2008.

Incline Village saw a significant increase in sales volume (72 percent) primarily due to a jump in homes that sold for more than $1 million (57 percent). Homes that sold for less than a million were down 40 percent.

However, remaining home prices and sales around Lake Tahoe paled in comparison to the surge in Incline Village.

South Lake Tahoe saw a 6 percent increase in homes sold for less than a million and a 33 percent decrease in homes sold for more than a million. Units sold were up 4 percent and sales volume was down 10 percent. The average home price in South Lake Tahoe fell 14 percent to $413,434 and the median was down 15 percent to $340,000.

The median home price in Tahoe City held steady at $575,000 and the average dropped 24 percent to $650,357. Homes selling for less than $1 million decreased 33 percent and homes selling for more than a million were down 67 percent. Sales volume dropped 56 percent and units sold were down
39 percent.

Sales volume on the East Shore experienced a 30 percent decrease in volume and units sold were down 21 percent. Homes over the million mark fell 50 percent and there was an eight percent decline in homes sold for less than a million. The average price of an East Shore home is down 11 percent to $1,055,820 and the median is down 33 percent to $520,000.

Truckee saw a 7 percent jump in homes sold for less than $1 million while homes selling for more than a million fell 50 percent. Sales volume was down
32 percent and units sold dropped 11 percent. The average and median home prices both fell to $716,066 (22 percent) and $550,000 (20 percent) respectively.