Home Design and Architecture A Peek into Rafterhouse
ShareTweet

Finding a turnkey, Pinterest-worthy home in one of the most sought-after neighborhoods in the Valley would be a dream come true for most families, Rafterhouse is making that happen. 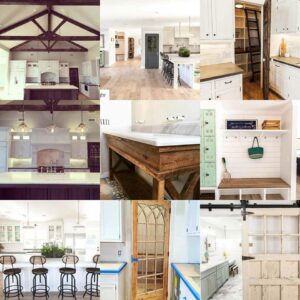 The Rafterhouse team wasn’t always building dream homes in sought-after neighborhoods. In 2011, Austin King and Chris Liles began flipping houses in the outskirts of Maricopa County. Chasing anything with a front door and profit margin, the soon-to-be business partners found their new calling.

In late 2012, they decided to plant a stake in the neighborhood that meant the most to them – Arcadia. The neighborhood is filled with 1950’s post-war era ranch homes and that attraction is what drew Rafterhouse in. The Rafterhouse homes have a very unique look and they stay focused on exploring new materials and new ways to remain on the cutting edge of housing.

With backgrounds in real estate and construction, their unique finishes and sophisticated design is unmatched in the area. Rafterhouse specializes in creating homes that are functional for families. King and Liles keep in mind that families will be living in these homes once they are done renovating, so they make these homes as family friendly as possible. 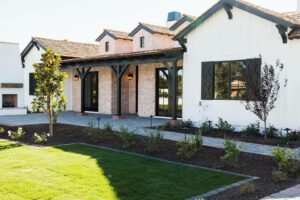 Some of Rafterhouses’ renovations include an open floor plans to create great large rooms, add marble-topped kitchen islands, pantries with peek-in vintage doors, brick fireplaces and areas with a desk, and built-in cubbies for shoes, coats and kids’ stuff. These homes always have simple touches that leave potential home buyers feel at home, the second they walk in the door.

Rafterhouse was the focus of an HGTV magazine shoot when the magazine wanted to feature one of their remodels. During the shoot they talked with the team about the possibility of shooting a pilot for the cable network. King and Liles decided to go for it, and pitched a network executive over social media.