The Fit Person’s Guide to Sex

Yes, exercise does a body good, from pain relief to heart health… but you knew that. What you may not have known is that a fit body can also give you a boost in the bedroom, from lifting your libido to your looks. Read on to learn the health benefits of sex – and don’t be surprised if you’re jumping on the treadmill (or your partner) by the end.

Sex turns stress down
Yoga isn’t the only route to relaxation; sex can also calm your inner stress animal. A study at the University of Gottingen in Germany found that the less sex people have, the more work they take on which not only leads to more stress, but less sex. Another study also found that men and women who recently had sex had better stress responses. So skip the overtime and invest in sexy time.

Copulating kicks colds to the curb
Cold and flu season can bench you from doing bench presses faster than you can say A-choo. That’s where sex comes in. Doing the horizontal mamba once or twice a week can up your cold- and flu-fighting army.

Sex helps tune your ticker
A turn on the treadmill can benefit your heart — and so can a roll in the hay. As well as lowering blood pressure, men who have three or more orgasms a week are 50% less likely to suffer a fatal heart attack, according to one study.

Sex puts the brakes on pain
A runner’s high is one thing, the surge you get with the release of oxytocin, a hormone released in both men and women during orgasm, is quite another. Oxytocin does it all from regulating body temperature and reducing blood pressure to releasing endorphins and decreasing pain. So don’t be surprised if your headache or body aches ease after a bout in bed. The O-so good hormone also promotes growth and healing, so rather than soak in the hot tub after your lifting session, sex might be just what you need.

Shagging can shun aging
Skip the Botox. According to a Scottish study, regular romps (three times a week) can make you look 10 years younger. Thank decreased stress and better Zzzs for the facelift.

Burn baby burn!
Getting busy in the bedroom can tone your butt and burn calories. Thirty minutes of sex burns 85 calories or more (that’s about 20 M&Ms!). Sex three times a week for a year works off the equivalent of 3 Big Macs — not that sex is an excuse to hit the drive-thru.

Stay tuned for Part 2: The Sex Benefits of Exercise 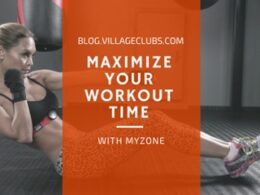 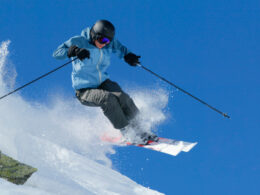 How to Get in Shape for the Slopes 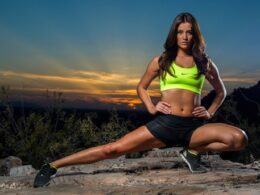 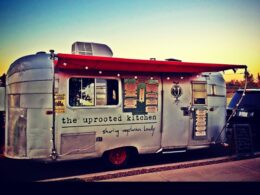 The Healthiest Food Trucks in Phoenix

These 3 food trucks are ridiculously healthy and super tasty!
byAllison