The Arizona Valley is filled with talent, from fab tastemakers to top trendsetters (and even a furry friend who we still consider “people”). Check out who’s who according AZFoothills.com readers top picks for people in the Valley.

These are the winners of Best of Our Valley 2016. Winners will be featured in the April 2016 issue of Arizona Foothills Magazine, a tell-all guide to the best people and places in the Valley of the Sun, as chosen by its residents. The winners with the most total votes will be featured on the cover, but you will have to wait until April to find out who they are!

As a special thanks to the winners and those who helped them attain their “Best Of” status, a celebratory bash will be held in May 2016. Stay tuned for details on the fabulous fete!

All those who won this year can download their 2016 Winners logos here.

Favorite Couple in the Valley – Les and Diane Corieri

Most Fashionable in the Valley Over 30- Men – Javier Soto, 3TV Reporter

Most Fashionable in the Valley Over 30- Women – Tyler Butler, Director of Community Outreach at GoDaddy

Most Fashionable in the Valley Under 30- Men – JJ Garcia, E! Total Divas

Most Fashionable in the Valley Under 30- Women – Kate Keyt, Running on Happiness

Most Influential in the Valley Business – Bob Parsons, Founder of GoDaddy.com

Most Influential in Valley Politics – Doug Ducey, Governor of Arizona

Most Influential Man in the Valley – Bob Parsons, Founder of GoDaddy.com

Most Influential Woman in the Valley – Kari Yatkowski, Founder and President of Haven Charitable Foundation 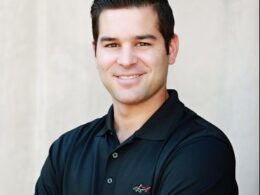 JJ Garcia: Most Fashionable Man in the Valley Under 30

By Melissa Larsen From the most influential educators and business people to the biggest trendsetters and taste makers, these…
byKarah Van Kammen 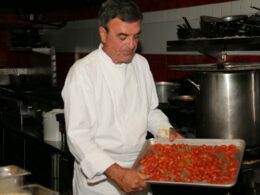 Best of Our Valley Spotlight: Tomaso Maggiore, ‘Most Influential in Valley Food’ 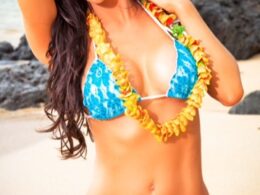 Here in the Valley, the sun and (mostly) pleasant temperatures lure everybody out to the pool year round,…
byDina Smith 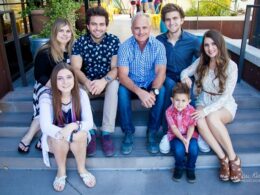