Arizona Foothills Magazine caught up in Phoenix with our 2014 Best Of Our Valley Florist winner, White House Design Studio, to see what exciting events the company is looking forward to. Founded in 1995 and now with locations in Old Town Scottsdale and the Biltmore Fashion Park, White House Design Studio has swiftly become a top choice for Phoenix gatherings. One of the florist’s owners, Dennis Thompson, says they’ve been tapped for some of the most prestigious occasions taking place in Scottsdale in the next few months. They include Fed Ex’s event for the upcoming Superbowl, a lavish vineyard wedding in Page Springs, numerous hospital charity events, and a birthday party for some very lucky triplets. White House Design Studio is also excited to announce their involvement in the Board of Visitors 100th Annual Charity Ball in April of next year, a huge gathering to celebrate the organization’s fundraising for impoverished women and children in the Phoenix area. Amongst all of this, Thompson states they are also booked for more than 17 upcoming weddings.

When asked why he thinks White House Design Studio was voted the 2014 florist, Thompson says, “we’re very detailed, very controlled; our events are successful, with strong concepts…we take great pride in what we are doing. Many times we’ve heard that people think we are a great value for the amount paid.” Thompson continues that a majority of events they book are for repeat clients, and that the studio also loves to work with local Phoenix charities. White House Design Studio donates considerable amounts to these charities, and plans to continue doing so this Christmas at their very own Santa event. To be held near their store at the Biltmore Fashion Park, the studio will have a stage for Santa to visit with local residents, as well as offering packages and deals on their products. A percentage of the proceeds will be given to the charity each purchaser chooses. This is a very important aspect of White House Design Studio’s involvement with the community; getting the chance to support local causes as often as possible. This proves that the company not only continues to spread happiness with its amazing flower arrangements and event planning, but its motto of goodwill and compassion as well.

Arizona Foothills Magazine wants to congratulate White House Design Studio on being the best florist in Phoenix for 2014! 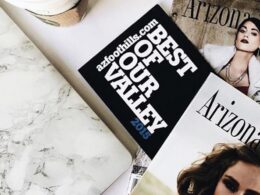 Brand New Categories in Best of Our Valley 2017 Contest

If the 2016 election season has you down don’t worry, brighter days are ahead because AZ Foothills annual…
byKarah Van Kammen 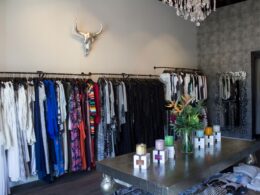 Best of Our Valley 2016 Issue: Shopping 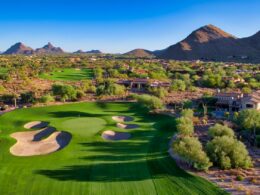 Best of Our Valley 2018 Issue: Sports

by Samantha Stull  Best Golf Community: The Country Club at DC Ranch Being a club that prides itself…
byKarah Van Kammen 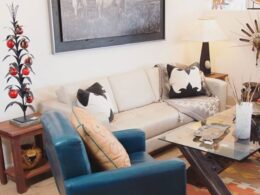