Battle of the Food Trucks, Who Will Win?

This year, one of the most popular and active voting races within the “Food & Restaurants” category is that of “Best Valley Food Truck.”

The top three competitors for the title of “Best Valley Food Truck” are Dilla Libre, Hibachibot, and Mediterranean Majik. Who will win the coveted prize and the spot as the best food truck in the Valley of the Sun? Well, that is going to be up to you!

Dilla Libre has rich roots in Arizona culinary history. They were one of the first gourmet food trucks in the valley right after the recession of 2008/2009. At the time, they were called Luncha Libre at that time. Over the years, they continue to hit Phoenix’s streets, serving the best and most outrageous quesadillas known to mankind.

Fast forward many years, Dilla Libre is doing the same thing, just under a different name and with a greater reach.

Now, in addition to their food trucks, Dilla Libre has two restaurants serving the valley. Dilla Libre Uno in North Phoenix (13th Street and Northern) and Dilla Libre Dos in South Scottsdale (Hayden and Thomas). Half of the menu is vegan, while the entire menu pulls influences from cultures worldwide to continue to push the envelope in quesadilla and taco technology.

Hibachibot Korean BBQ is owned by Eddie Schenk and his wife, Virginia. Neither one thought they would be in the food truck industry, but after a terrible loss in the family, the couple needed a new change and new enterprise.

Several years later, they own one of the most successful food trucks in Arizona, selling some of the most delicious Korean concoctions.

Menu items include their infamous rice bowls, Korean BBQ tacos, and a Korean take on french fries. It truly is a modern take on classic Korean cuisine. 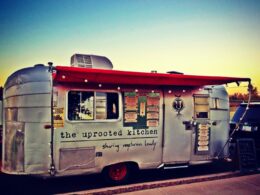 Recently, food trucks have been all the rage not only in the rest of the country, but here…
byDina Smith 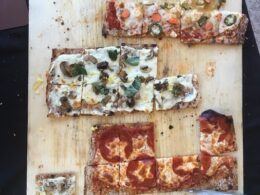 By Melissa Larsen Sunshine and good food—two things the Valley is certainly in no shortage of. Dig into these…
byKarah Van Kammen 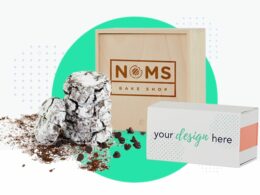 Noms Bake Shop: Bringing the Heat with the Sweets

Noms Bake Shop, is dominating the voting this year for "Best Baked Goods and Sweets," will they continue to dominate this month? Only your votes will decide that fate!
byTyler Hollis 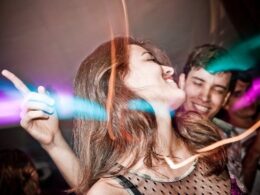 Best Nightlife and Cocktails in Phoenix: 2013

Sometimes we all need to feel the energy of a nightclub, kick back with a specialty martini or…
byCP