Recently, Waldorf Astoria Hotels & Resort launched the ultimate experience for auto enthusiasts wanting to cross a few high-performance supercars off of their driving bucket list. One of the first stops on the program’s tour was the Arizona Biltmore Resort, right here in Phoenix.

I was invited to try out the Waldorf Astoria Driving Experience, which included stints behind the wheel of a Porsche 911 Turbo, Ferrari 458 Spider and a Lamborghini Huracan. Ever agreeable, who was I to pass up this opportunity to drive three supercars on a scenic route through desert and mountain roads, led by Belgian racing champion Didier Theys?

The full program will roll out in 2015, and for around $1,000 per couple, participants get a technical presentation on each vehicle’s particulars from Theys, whose resume includes two wins at the 24 Hours of Daytona, and three appearances on the podium at the 24 Hours of Le Mans, among others. From there, you’ll spend about three hours and more than 100 miles behind the wheel of some of the most powerful and exotic cars on the road today.

Lest you have visions of screaming down the road, leaving rubber on the pavement and the resort in a cloud of dust, be assured that the drive is a spirited, yet controlled excursion, with Theys leading the way in a radar-detector-equipped luxury car. But that doesn’t diminish the heart-thumping exhilaration you feel as the engine roars to life, and you grab the wheel for a once-in-a-lifetime drive.

I started slow, jumping in to the tamest of the three beasts. That is, if you can call 560 horsepower tame. But where the Ferrari sports a V-8 and the Lambo a V-10, the 911 has a V-6 powerplant, turbocharged to up the horsepower. It’s uncomplicated to drive, with a seven-speed automatic transmission that can be manually controlled via paddle-shifters on the steering wheel. A sports car that’s civilized enough to be a daily driver, the Porsche can even accommodate (small) passengers in the rear seat. And starting at $153,000 it’s the most affordable of the bunch. But make no mistake, it had no trouble keeping up with the big boys as we headed out of town.

Having gotten my feet wet and fingers nimble for the paddle shifting, I was ready to take my turn in the Ferrari. “Do you want to put the top down?” Theys asked. “Heck yes!” was my enthusiastic reply. The Ferrari is a little more complex, and Theys took time to explain the drive modes, and the helpful lights on the sport steering wheel that indicate when it’s time to shift. This greatly reduced the intimidation factor, but any trepidation I may have had at driving a quarter-million-dollar supercar quickly faded as we pulled out of the parking lot and headed down the roads near Bartlett Lake. The handling and acceleration are impeccable, responding seamlessly to a push of the accelerator and a flick of the shifter. It (and I) yearned for more speed as the tires gripped the turns and we flew down twisty two-lane roads, thrumming quickly and seamlessly through the gears. The Ferrari’s V-8 bests the Porsche’s V-6 by only 10 horsepower, but driving it feels a little more primal and exotic — a rush to the senses.

For the final stretch, I slid into the cockpit of the 602-horsepower Huracan, where the intimidation factor returned, briefly. Glancing around at the switches and knobs, I resolved to concentrate only on the shifting and the road ahead. Not so much the road behind, as visibility is severely limited out of the Huracan’s small, sharply raked rear window. The Lambo is a remarkable machine, built for pure speed (zero to 60 time has been clocked at 2.5 seconds). This final stretch took us first down highways, where the lower gears are rendered virtually useless, then in downtown Phoenix. Given that the Huracan’s top speed is 200 mph, I could practically feel its impatience adhering to the paltry speed limits on the city streets. Feeling the immense power at my feet and fingertips, I think, “I could get used to this.” Impractical? Yes. Outrageously satisfying? Hell yes.

But alas, our final turn into the Biltmore signals the end of the road, and a return to reality. To say that we turned a few heads — a Porsche, a Ferrari and a Lamborghini driving nose to tail through the streets of Phoenix — is the very definition of an understatement. But the Waldorf Astoria Driving Experience isn’t about the attention; it’s about checking that box on your list of lifetime must-dos. And it certainly doesn’t disappoint.

The Waldorf-Astoria Driving Experience will return in 2015 to locations around the country. To get your car fix at the Arizona Biltmore in the coming weeks, be sure to check out the Arizona Concours d’Elegance, January 10-12, followed by RM Auctions, January 15-16. 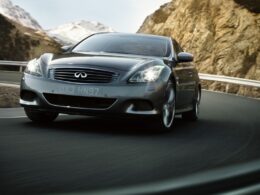 By: Brandon Randall Slipping into the new Infiniti Q60S I immediately feel the same fire of anticipation that…
byContributor 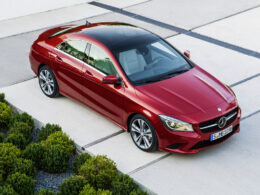 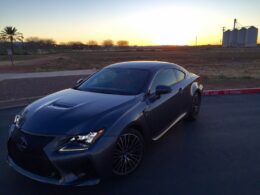 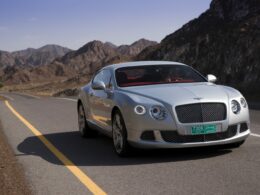