In our recent review of the Acura TLX, we asked the question, “What defines a luxury vehicle?” Which brings us to the 2015 Kia K900, a vehicle we first noticed at the LA Auto Show back in 2013, now in its second year of production. Make no mistake, the K900 is a luxury car, designed to be an “affordable” alternative to heavy hitters like the Audi A6, BMW 5-Series and Mercedes E-Class. But can a brand whose image is associated with hip-hop hamsters and lovable but affordable cars, like the quirky Soul, deliver a vehicle that can play with the big boys?

Perhaps surprisingly, the answer is an emphatic “yes” in terms of refinement, style and performance. Its sleek, handsome profile could easily be mistaken for a vehicle costing many thousands more. The long wheelbase and wide track, combined with a raked front end and higher rear deck give it a commanding presence. Subtle vents and cutlines along the sides give it a muscular stance, and the standard multi-spoke 19-inch wheels lend a thoroughly modern appearance. Only the front grille hints a relation to siblings like Forte and Optima.

And the interior delivers on the promise of luxury that the exterior portends. Seats are dressed in rich Nappa leather and can be both heated and cooled; genuine wood trim in either walnut or poplar accents the console, dash and doors; a panoramic sunroof lets the sun in by day, and LED cabin lighting lends a soft ambiance by night. The opulence extends to the rear seats, which Kia dubs “executive class.” Seats feature multi-stage heating, and a panel in the center armrest gives rear passengers control over climate settings and the rear sunshade. Opting for the VIP package adds cooled seats, adjustable lumbar and a power recline option for rear seats.

On looks alone, K900 is absolutely on par with the German luxury sedans, but what about performance? Its 420 horsepower comes via a V-8 engine paired with an eight-speed automatic transmission. It is responsive, smooth-shifting, with balanced handling and a library-quiet cabin. K900 handles cornering sure-footedly and gets up to speed with no hesitation. And it’s loaded with standard safety features, luxury amenities like navigation and premium sound, power everything, smart key and push-button start.

Kia isn’t the first traditionally low- to mid-priced vehicle manufacturer to make a foray into the luxury market: Volkswagen Phaeton is one failed example. But where VW saddled Phaeton with an ultra-luxury price tag, Kia undercuts the competition on price, while matching them in terms of styling and amenities. The thing is, buyers often aren’t simply paying for features; they’re paying for the nameplate and cachet that comes with owning a luxury brand. Time will tell if Kia can overcome that hurdle, but buyers willing to think outside of the box on luxury will certainly not be disappointed with the K900. 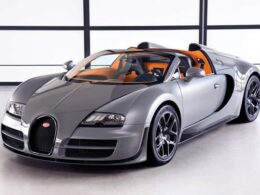 Bugatti Vitesse Allows For Top Speeds and an Open Sky

Possibly the most beautiful Bugatti model yet
byMike 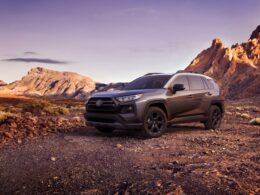 The RAV4 has long held the title of one of the best selling small SUV’s out there. It’s…
byContributor
2 shares
0
0
2 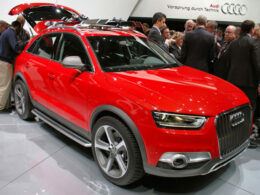 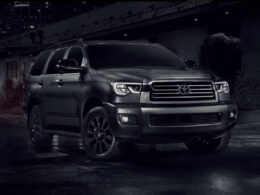