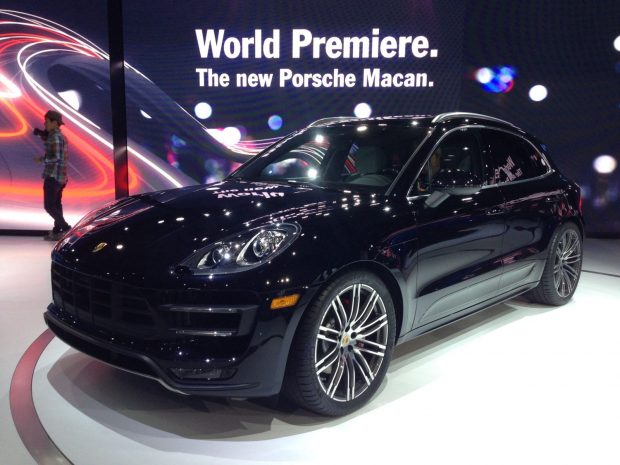 Porsche Macan
One of the most anticipated debuts of the year, the Macan compact crossover SUV, a smaller sibling to the wildly popular Cayenne, will arrive in dealerships early next spring. The Macan S will be powered by a 340-horsepower 3.0-liter twin-turbo V-6 engine with a zero-to-60 time of five seconds, and will start at $49,900. The Macan Turbo will cost $72,300 and come equipped with a 400-horsepower 3.6-liter twin-turbo, which shaves the zero to 60 time to 4.4 seconds. 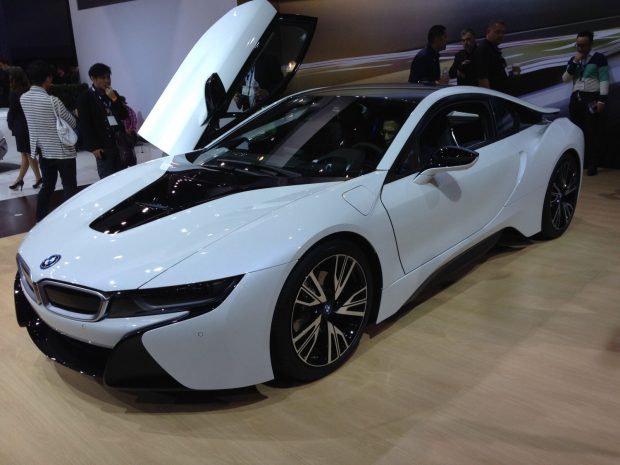 BMW i8
BMW has been showing off its electric sports car for the better part of a year, but now it’s nearly ready for prime time, expected to be on sale in mid-2014 with a starting price of $135,700. It is designed to provide the look and performance of a pure sports car, with zero-to-60 times just over four seconds, with the fuel economy of a small car. It will have a range of about 22 miles on electric power alone, with a top electric-only speed of 75 mph. 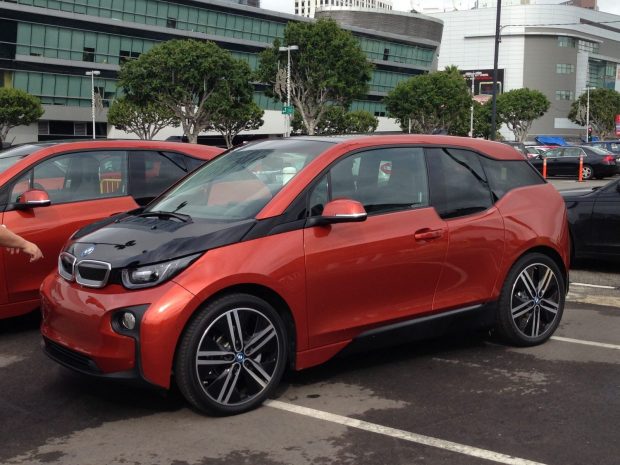 BMW i3
The i8 is BMW’s high-profile entre into the electric market, but the diminutive i3 is the most likely to inspire urban-dwellers looking for a sustainable everyday driver. It is a four-seater that is shorter than, but boasts comparable cabin space to the 3-Series. BMW claims it will travel 80 to 100 miles on a single charge, and is crafted with sustainable, renewable materials, including wood dashboard trim made from responsibly-forested eucalyptus. For those afflicted with range anxiety related to driving an all electric vehicle, a 2.4-gallon gasoline range extender, which doubles the vehicle’s range, is available as an option, and adds about 330 lbs. to the curb weight and $4,000 to the $41,350 base price. 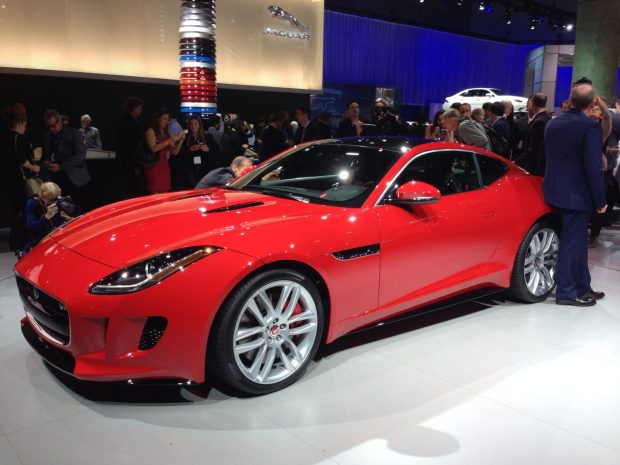 Jaguar F-Type Coupe
Given how much we absolutely love the F-Type convertible, we were thrilled to witness the debut of the gorgeous and powerful F-Type Coupe at the LA Auto Show, headlined by the supercharged V-8 , 550-horsepower “R” trim level. Two other trims, powered by Jaguar’s supercharged V-6  engine, will produce 340 and 380 horsepower. The coupe will hit dealer showrooms in the spring, with an expected starting price of $65,000 for the base model and $99,000 for the F-Type R. 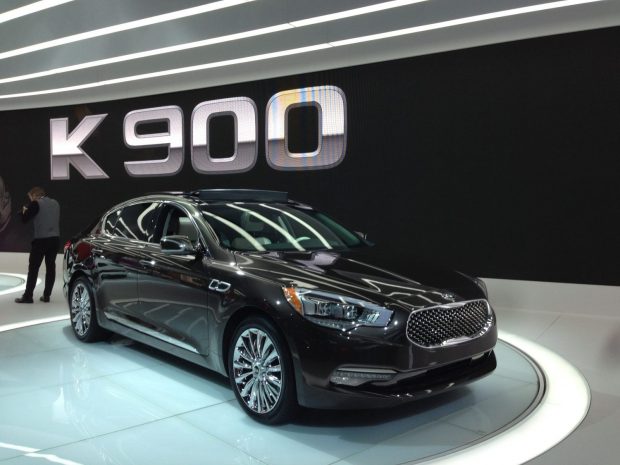 Kia K900
Unfortunately named but beautifully crafted, the K900 ushers in Kia’s 20th year in the U.S. market. The flagship sedan takes aim at heavy hitters like Audi A6, sporting a 420-horsepower V-8 engine and luxury amenities you’d expect from the likes of Mercedes, Audi, BMW and other premium brands. A 311-horsepower V-6 model will also be available when K900 goes on sale in the first quarter of 2014. But will the public pay an expected $50,000 to $65,000 for a premium vehicle from a traditionally non-luxury brand?  Time will tell. 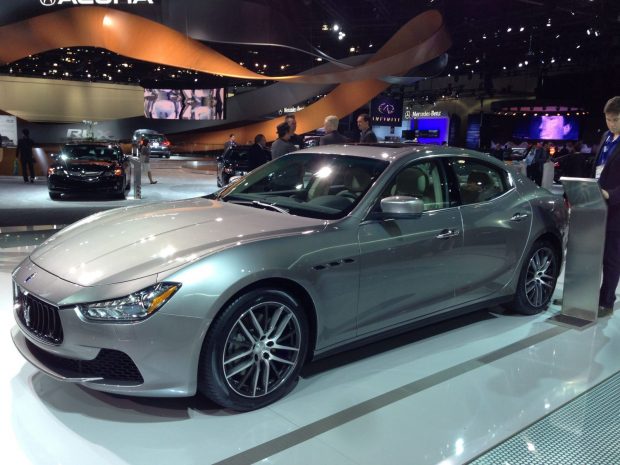 Maserati Ghibli
Making its North American debut, the Ghibli marks the first time that Maserati has had two four-door sedans in its lineup. Though it is 100 percent Maserati in design, Ghibli is smaller, lighter, shorter and designed to be sportier than the Quattroporte. It also comes at a price point ($65,600) that makes it more accessible and able to compete with mainstream luxury vehicles like Audi A6, BMW 5-Series and Mercedes-Benz E-Class. It is powered by a choice of two 3.0 liter V-6 twin turbo gasoline engines, with either 404 or 345 horsepower, and an automatic eight-speed transmission with either rear- or all-wheel-drive. 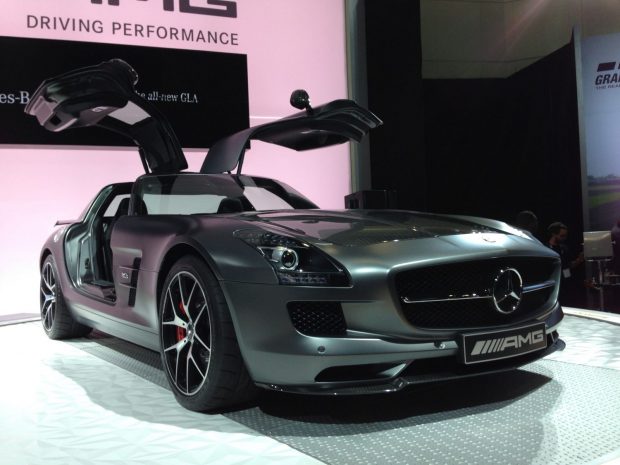 Mercedes-Benz SLS AMG GT Final Edition
It’s the end of an era for Mercedes. The 2015 model year will be the final one for the SLS AMG GT, and only 350 of this 583-horsepower 6.3 -liter V-8 powered Final Edition will be produced. And Mercedes is sending it out with a bang, with exposed carbon-fiber components, exclusive light forged alloy wheels and high-gloss-finished rear struts. It is captivating, inside and out, and for the privileged few lucky enough to own one, a future classic. 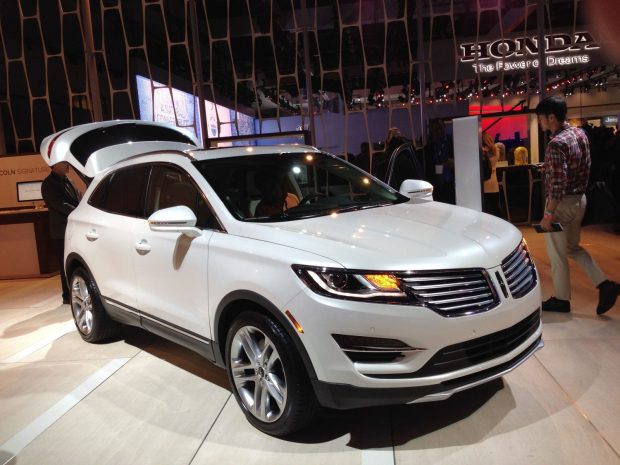 Lincoln MKC
Sales of smaller premium crossover vehicles have gone up 25 percent since 2012 and 200 percent since 2009, according to Lincoln. Looking to grab a piece of the pie divided right now between the likes of Mercedes GLK, BMW X5, Acura RDX and others, Lincoln introduces the MKC. It will get an optional brand new 2.3-liter 275-horsepower EcoBoost engine, or the standard 2.0-liter 240-horsepower EcoBoost engine that powers the top trim level of the Ford Escape. It will go on sale next summer with an anticipated starting price around $30,000.