1966 Ford Fairlane is Craigslist Vintage Find of the Week

The most rewarding aspect of being a car collective or just an automotive enthusiasts in the Phoenix Valley area is that, unlike many other cities, you will be able to show off your vehicle on a daily basis.

If you live in a city like Chicago or New York, where public transit rules above all else, then your vintage masterfully restored point of pride may seem a bit out of place, and thus underapreciated.  If you live in a violently cold city like Minneapolis you will be able to drive your vehicle, but that fact is that everyone is too cold to care.

For these and other reasons we have covered in past posts here on Vroom, the Phoenix Valley area is the quintessential classic car city, a paradise for those who love their cars and wish to drive their restored vintage works of art with pride.  For those looking for a mint original, a complete restore,  or a true project car, the first and best place to find what you are looking for is Craigslist.com.

This week on Craigslist we found a mint condition 1966 Ford Fairlane.  The 1966 Ford Fairlane is a first generation muscle car.  Before 1966 the Fairlane brand was a rather boxy sedan, quite tasteful and a magnificent American classic in its own right, but a very different vehicle from the new model introduced in 66.  While the term “muscle car” was in use before 1966, the new model was among the first vehicles to showcase what would become the classic muscle style that we associate with the classic American muscle car.

This car is ready to drive, and while it has enjoyed some recent fixes and repaints, this vehicle without a doubt falls into the Phoenix Valley “mint original” category.  Going for just under $7k this car is a steal, and any interested parties need to act quickly to have it.  Given the recent rise in classic muscle car styling, both as restored vintage vehicles and in new models such as those under the Dodge umbrella, the 1966 Ford Fairlane would fit in quite well on Phoenix Valley streets. 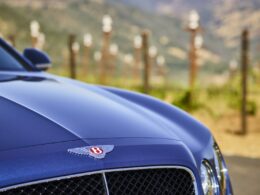 There are luxury cars, and then there is Bentley, the vehicle of choice for royalty and celebrity.
byBecky Antioco 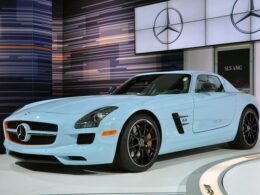 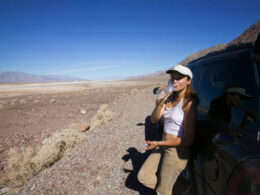