You know the Victoria’s Secret fashion show is near when the world’s most famous lingerie brand unveils its dazzling Fantasy Bra.

This year’s 2016 “Bright Night” Fantasy Bra features more than 9,000 gems, including hand-set diamonds and emeralds in 18-karat gold that reportedly took more than 700 hours to create. Designed by Eddie Borgo, the brilliant bra dazzles with more than 450 carats of gemstones.

Supermodel and Victoria’s Secret Angel Jasmine Tookes has been bestowed with the Angelic honor of wearing the $3 million Fantasy Bra on the runway.

The Victoria’s Secret Fashion Show is one of the most anticipated fashion events of the year. It is considered a hallmark in a model’s career to be chosen to wear the Fantasy Bra at the lingerie brand’s annual fashion show. Tookes follows in the catwalk footsteps of such supermodels as Heidi Klum, Tyra Banks and Gisele Bundchen.

Save the date to watch the Victoria’s Secret Fashion Show on Monday, Dec. 5 on CBS. 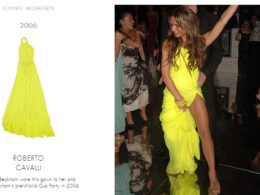 Victoria Beckham is auctioning off hundreds of coveted clothing items from her personal closet for charity.
byChristina Silvestri 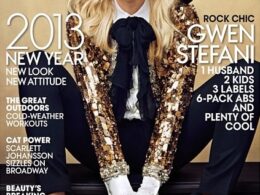 A few blog posts ago, I talked about HBO’s newest documentary called In Vogue: The Editor’s Eye. Last…
bydiane 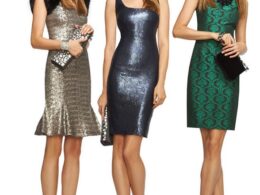 The Best Holiday Party Dresses of the Season

Here are some of AFM's top picks of the season's most covetable holiday dresses.
byChristina Silvestri 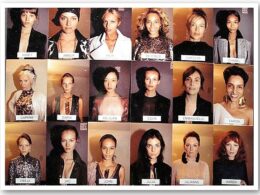 Today I am writing to you straight from the rainy habitat of Seattle. Though we did have some…
bydiane