America’s favorite stylist Rachel Zoe seems to be still functioning at Mach 1 these days, with the season four filming of her show The Rachel Zoe Project in full swing , and the unveiling of her debut Rachel Zoe Collection hitting the press earlier in the week, this busy mom-to-be doesn’t seem to be taking it easy just yet. 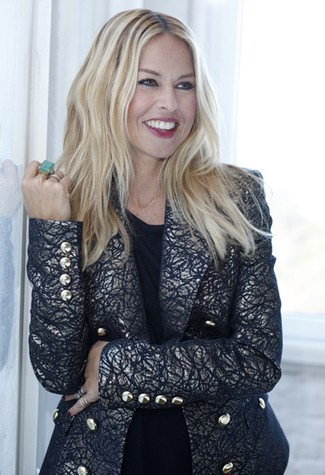 WWD reported on Tuesday the latest happenings in the life of the uber stylist, here are excerpts from that story.

Production on season four of “The Rachel Zoe Project” is in full swing and, behold, a crucial plotline is about to unfold — the debut of the Rachel Zoe collection, Zoe’s first real design effort done in a deal with Li & Fung, which WWD reported in June.

Not an instant can be missed, whether it’s Zoe changing the thigh-high suede boots she arrived in for a similar pair from her own line, fussing with a model or two, or walking a reporter through the racks of clothes. 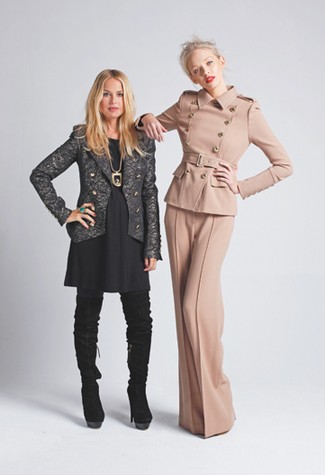 Among the camera team (following her) is her husband, Rodger Berman, president of Rachel Zoe Inc., trailing his wife with his own point-and-shoot, as if capturing the birth of his first child. “It’s always good to have footage,” he says. Maybe it’s a dry run for the real deal: Season four’s other big story arc, a spoiler for no one, is Zoe’s pregnancy. (Also, look out for Mandana, a leggy brunette who seems cast as Brad’s replacement.) 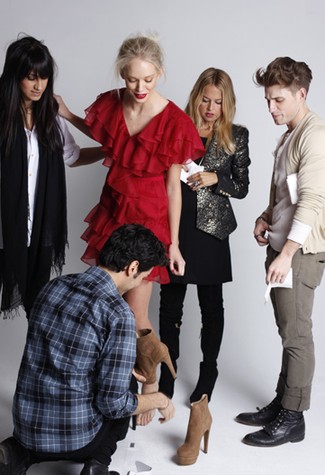 Beneath her white tuxedo jacket and black shift dress is her seven-month bump — which on someone else could pass for a big lunch. If the physical evidence is hard to find, Zoe isn’t shy about her impending motherhood. She initiates the conversation during a phone interview last week, though she stops short of divulging if it’s a boy or a girl. Either something changed over the weekend or she is terrible at keeping secrets, because the pronouns fly on Monday. “It all depends on his arrival,” she says patting her stomach.
Before the fate of that vast collection can be decided, there’s the one at hand. The long-lead press — Vogue, Elle, Bazaar — and buyers will be filing in by the time you’re reading this. The pressure is on.

“I’m a Virgo and I’m more — I don’t want to say negative — but I’m the girl who thinks no one’s coming to my birthday party, no one’s buying my clothes, no one’s reading my book, no one’s watching my show — that’s just how I think,” says Zoe. “The same applies to this. I don’t want to let people down.” That said, she made a pointed effort to shake things up. “I’d imagine everybody is expecting something from me that’s kind of a Seventies, uberboho-glam kind of thing, and, you know, very accessorized. And it’s not.” 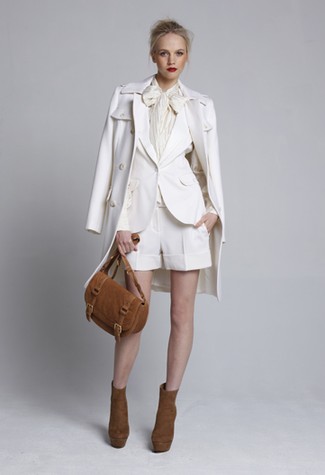 The look is predominantly tailored in a chic albeit Seventies way. There’s suiting galore, white jackets and blazers to wear with matching wool trousers that flare over the foot and fall to the floor for an extra-long leg. Variations on the tuxedo come in black-and-white sequined cardigans and a le smoking-esque jumpsuit. Tie-neck blouses are shot with gold Lurex, and party dresses come in frothy layers of organza. Then there’s the outerwear — Zoe’s “obsession” — with an emphasis on capes done with leather trim and hardware toggles, as well as faux fur and leather coats with brass buttons. 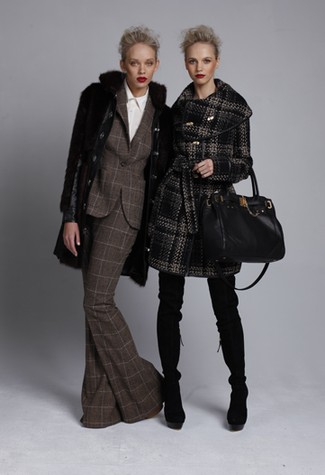 There are also shoes — suede boots and matte croc pumps, most set on no less than a four-inch heel and a giant platform, though Zoe promises that flats and riding boots are on their way.

The collection will be priced at the contemporary level, $250 for a day dress up to $700 for a full tuxedo look. No retailers have been confirmed yet, though Li & Fung is targeting specialty stores and better department stores, where in an ideal world (at least from Zoe’s perspective) the collection will sit alongside Diane von Furstenberg, Marc by Marc Jacobs and Alexander Wang.
Soon to be grounded by motherhood, this is Zoe’s last trip to New York, and anywhere for that matter, which means no fall 2011 shows for her. “I’ve been asked to slow down,” she says. “But to be totally honest, it’s kind of next to impossible when you’re planning your show and launching your collection, and in the middle of award season.” Her idea of taking it easy is watching “Twilight” at night instead of working. 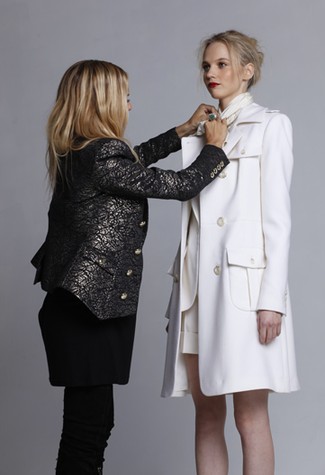