Only 2 minutes until Mad Men begins which is barely enough time for me to even type an intro sentence before I become absorbed.  It would be a bit of an understatement to say that I am obsessed… I have been on pins and needles waiting for this season to start.  The intricate and somewhat twisted plot lines, the incredible costuming, flawless hair and makeup and insane set decor.

The nostalgia of the time is something that I think we all daydream about every so often and let’s face it in our harried and hectic world… simpler times are so enticing. As a kid I thought my parents were so glamorous when they stepped out for a Saturday night party or dinner and dancing. 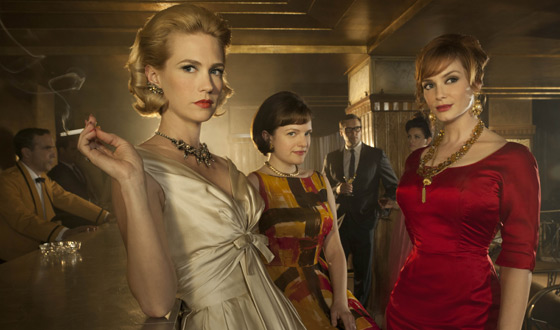 In Mad Men the wardrobe plays an important part of the evolution of the female characters.  Peggy for instance played by Elizabeth Moss started out as the frumpy secretary of Don Draper and has evolved into a stylish career girl with corporate ladder climbing on her mind. To me Peggy is always willing to take a chance on the latest and greatest.

Then of course there’s curvaceous Joan played by Christina Hendricks the fiery Office Manager whose style has remained about as bombshell as a business dress code allows.  Always fitted and flaunting it like Sophia Loren. 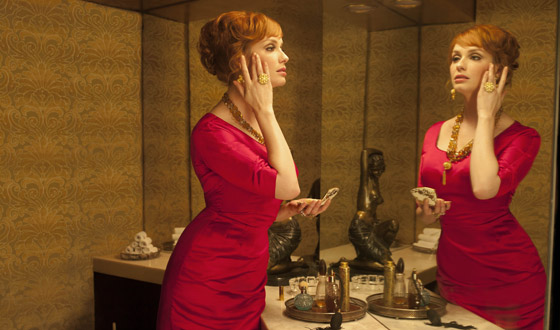 And then there’s Betty the often brooding unhappy wife who alternates between Jackie O’ prim and Marilyn glamour.  Never a hair out of place or a run in her stockings Betty is the epitome of  blonde perfection and don’t other ladies want to be her? Hence the Banana Republic homage. 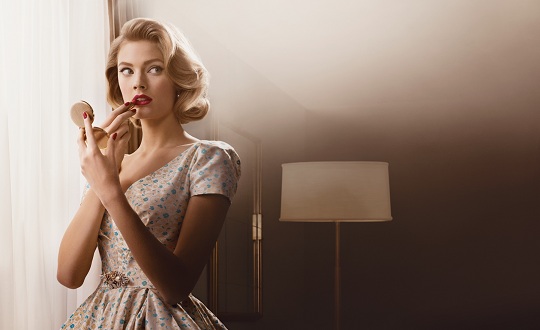 In fact the Mad Men retro glamour style  has become such an influencer on current trends that you would be hard pressed to not find some inkling of it at the local mall.  From the above mentioned Banana Republic to Tory Birch to Prada. 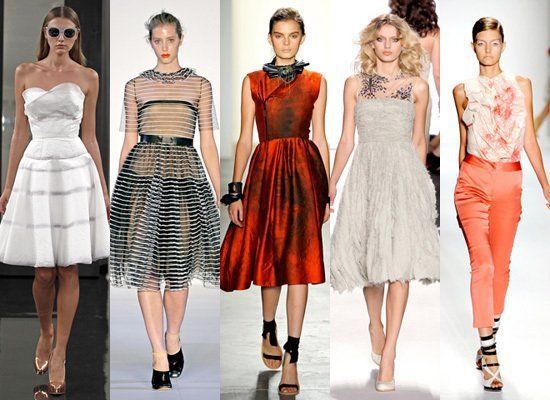 This season starts out in 1966 which means mini’s, pants and flares are just around the corner… Did you catch that lovely little French ditty that the current Mrs Draper performed in her slinky chiffon number?  Since Yves Saint Laurent debuted his black velvet pantsuit in ‘ 66 I for one am looking forward to that moment.  And the Twiggy explosion was just around the corner in 1967 so let’s see if we start seeing a bit of mod-ness creeping in. 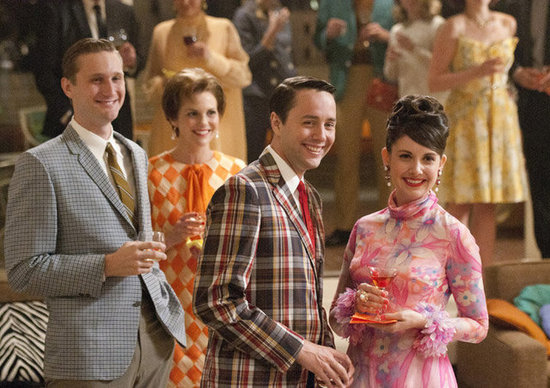 I for one am hoping to see a little shake up in the hair and makeup as well. Perhaps a pale lips or a Bond girl updo.
What’s your favorite Mad Men look?