From the time I was a wee tyke I loved nothing more than delving into my Mothers fashion mags. It almost didn’t matter if the magazines contained true fashion pages or not I was instantly mesmerized by anything that showcased my favorite models wearing anything that seemed upscale or fancy. To me the idea of a $200 pair of pants in the sixties or seventies seemed like the ultimate luxury. And all those models of days gone by like Cheryl Tiegs, Janice Dickenson (with her original face not the doctored face) and Gia Carangi were the supermodels before there was the infamous pack of Cindy, Christy, Linda and Naomi.

Then there was Eva, Amber, Stella and a whole slew of 90’s beauties like Kate (the great) Moss who unlike her counterparts has never taken a true hiatus. I admit that girls of today like Lara Stone, Sasha, Natalia and Carly are breathtakingly beautiful but sometimes I just yearn for the version of pretty that graced the covers from my early days in the fashion biz.

As evidenced by the recent return to Vogue by Patrick Demarchelier and the resurfacing of the girls from previous decades in the latest ad campaigns, I have to say I am “stoked” to see the tides turning a bit. Yes I said it, a word from the way back machine, but I love to see a tad of integration of younger, older, classic and edgy… and I will go even further to say that I wouldn’t mind if we started seeing models gracing the covers of all of the top mags rather than A-list celebs. Let’s face it even thought Gwenyth, Eva Mendes, Jessica Simpson and my favorite SJP are divine to look at and see on celluloid, rarely do they offer any pictorial variety the way a model could.

To my delight several designer campaigns this season are featuring some of my old favorites from years past. And let’s give some kudos as well to Dolce and Gabbana and Bulgari who are still featuring 40+ celebs Madonna and Julianne Moore. Here’s a peek at some upcoming fall fashions campaigns and editorials

For the second consecutive campaign Bulgari Julianne Moore snuggles up with a pair of cubs. Photographed by Mert and Marcus

And Kristen McMenamy who back in the day was considered the odd girl sensation. She must have graced a zillion covers and fashion spreads and interestingly enough over the last two years has been popping up all over the fashion landscape. This months she appears in Dazed and Confused mag and American Vogue looking every bit the supermodel that she was years ago. 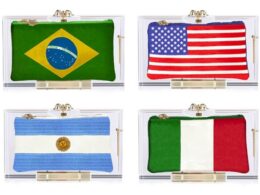 It's time to trade in your team jersey.
byChristina Silvestri 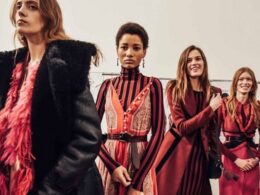 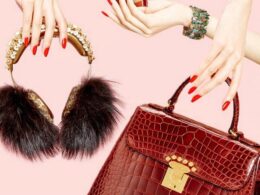 ‘Tis truly the holiday season when Moda Operandi releases its “M’Ost Talked About Gifts” list, which includes a…
byChristina Silvestri 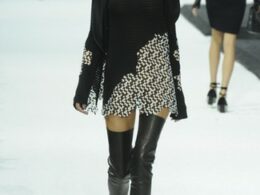 Is there anything that says Paris fashion better than the house of Chanel? For most people from the…
bydiane