H&M has released a sneak peak of its highly anticipated H&M x Kenzo collection that won’t hit stores until November.

Based off of three looks the fast fashion retailer unveiled this week, fans can expect lots of bold patterns and contrasting textures that are signature to the brand.

Designers Carol Lim and Humberto Leon paid homage to the late designer Kenzo Takada with detailing, like the tiger stripes, being inspired directly on archival prints.

“People we admire, icons in their own fields, people who are influential beyond their fashion sensibility,” Leon told Vogue.

Until then, we’ll just have to wait until Nov. 3 when H&M x Kenzo is available in stores and online. 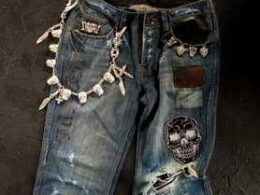 Oh yes, you thought you’d heard and seen it all right? Well, I figured to congratulate you on…
byMarlene
15 shares
0
0
15 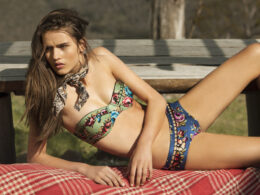 Whether you’re feeling a bit body conscious, want to show off the body you’ve been working hard for…
bydiane 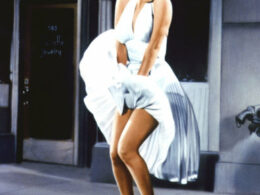 The Most Expensive Movie Dresses of All Time

Sometimes, the dress is better known than the movie. If you think of films like The Seven Year…
byChristina Silvestri 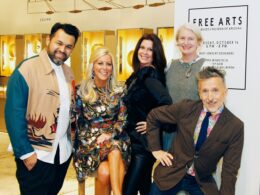 AFM Shops With Barneys New York Designers for a Cause