Well America the most confidential, top-secret secret has been revealed—yes, we all now know how beautiful First Lady, Michelle Obama looked in her red Jason Wu gown at the Inaugural ball yesterday. Combined with her way cute short do and bangs (I think this is her best hair choice yet!) and bangles the look was honest to goodness perfection. Really, I almost can’t believe how young and fresh she looks… oh and Mr. President looked fancy in his tux too. 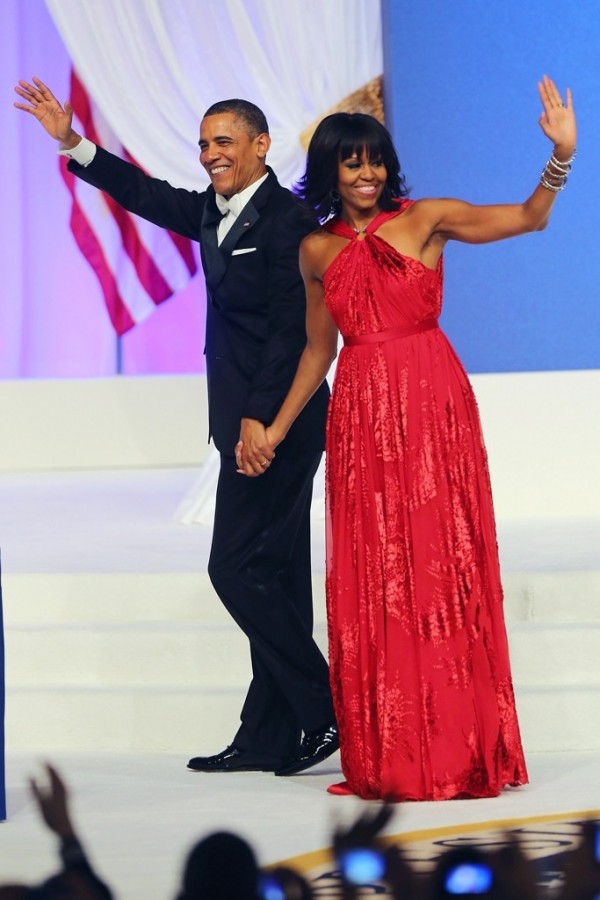 WWD got the scoop on the now famous dress from the designer himself:

Wu told WWD he was as shocked as anyone and just as nervous as last time. “Mrs. Obama likes to keep her secrets. She surprised me again. She’s really good at it,” he said. “I was so nervous. You’d think I wouldn’t be since I’d experienced it before but I really was.”

Unlike four years ago when he had three employees and was home with a friend eating pizza, this time around Wu was surrounded with his team of 30 in his airy downtown design studio. “I was just elated. It’s hard to describe,” he said. 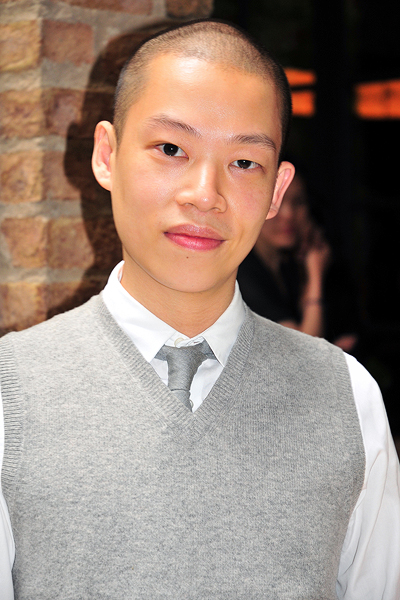 The ruby-red custom woven faille coupé gown has a white gold ring with pavé diamonds at the collarbone thanks to McDonald. Wu said of the gown, which will be donated to the National Archives, “Like last time, I had to go with my gut. I instinctively had to think of the woman in the dress. After four years in office, I thought the country was ready to see a confident First Lady in red. It just felt right.”

Running to answer his parents’ phone call, Wu said he would soon be ordering in Champagne for his staffers. The night was still young — there was work to be done. “Fall’s coming up — you know that,” he said. 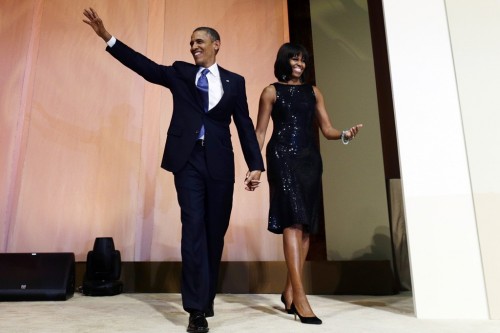 Of course Mrs. Obama was not the only lady in designer duds this weekend: