The clock cannot tick down fast enough. New York Fashion Week begins tomorrow! Every year at this time I yearn to be in the Big Apple but this season it just wasn’t possible… so let the tantrum begin! Funny enough I received a Facebook message recently from an independent designer who touted to the world that they were invited to participate in NY Fashion Week….being that this person has little sewing skills and only marginal design skills I thought to myself… is this one of those off. off.off fashion week events…. Kind of like I am doing theater in New York but it’s off, off, off Broadway?

In any case, I digress…back to the real designer stuff where the excitement is palpable and the anticipation is like fresh butterflies rumbling inside….. okay maybe I have gone too far but that is about as close as I can get to describing the excitement of it all.

This year Fashion Week says goodbye to it’s main stay location Bryant Park. After years of “the Tents’ Mercedes Benz is switching things up and will kick off the week with loads of parties, celebrities and trendspotting. First up on the list tomorrow BCBG, Richard Chai and a little racy but respectable lingerie to die for from LA Perla.

Friday’s lineup includes Cynthia Steffe, Yigal Azrouel, Christian Siriano and the Project Runway finalists…so this begs the question do we really have to watch the rest of the season?

Or can we cheat? Most importantly the Relief for Haiti show at 7 pm Friday night. Over the weekend a slew of great shows including Diane Von Furstenberg, Herve Leger by Max Azria, DKNY and Leila Rose will also take place.

With more amazing shows taking place as the week goes on…all the players will be there Carolina, Calvin, Michael, Tommy, Isaac, Ralph and Anna.

I of course will be standing (or sitting) as the case may be by my computer to give you the latest pictures and recap of the shows. Last year there was much rumbling about bloggers taking front and center instead of the fashion veterans, why I even had a friend from a no name mag sitting just seats away from Anna Wintour and her Vogue entourage.

Let’s see where this year takes us and while we are at it.. who can resist a little ringside…I mean stage side celeb watching. The question begs…will the Real Housewives of NY be there, what about Lady Gaga and what creation will she be showing off this time? 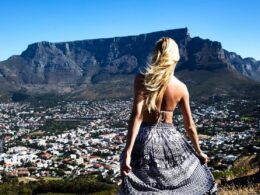 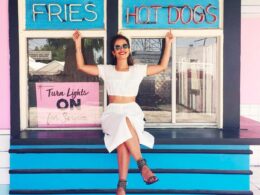 Hey there Savvy Shoppers, I just heard Amy Inc. is having 75% off all sale merchandise Thursday only…
byMarlene 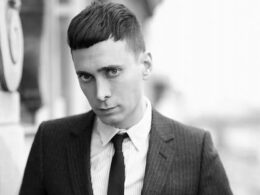 Style News Round Up

Now that fashion month has come to an end everything can go back to normal, that is except…
bydiane