The highly-anticipated Louis Vuitton and Nike Air Force 1 collaboration designed by Virgil Abloh drops this month, where nine editions of the exclusive sneakers will be released in stages online and at Louis Vuitton stores.

Abloh’s remix of Nike’s most recognizable shoes were first revealed at Louis Vuitton’s Spring/Summer 2022 menswear show. Abloh served as Louis Vuitton’s men’s artistic director from 2018 until his death in November 2021 at age 41. Abloh’s 47 original editions of the iconic shoe fuse fashion and hip-hop culture, ranging from all-white or all-black shoes with head to toe embroiderment in Louis Vuitton’s monogram to unique patterns like the iconic Damier-checkered leather. Each shoe features Abloh’s signature detailing of the word “Lacet” on the laces and “Air” on the soles.

Pre-orders for the Abloh-designed Air Force 1’s will begin in June for top Louis Vuitton clients. Nine editions of the shoes will later be released in stores for the public, retailing between $2,750 for the low-top style and $3,450 for the mid-top style in sizes 3.5 to 18.

To introduce the launch and pay homage to the late designer’s legacy, all 47 of Abloh’s Air Force 1s were on display at Brooklyn’s Greenpoint Terminal Warehouse at the end of May. The exhibition featured a recreation of Abloh’s studio in Paris and brought the vision and imagination behind his famous designs to life for visitors.

In addition to the exhibition, Louis Vuitton and Nike will open pop-up installations throughout New York City that mirror the theme of the Brooklyn showcase. The pop-ups will be located at Domino Park, Grand Central, South Street Seaport, Astor Place, Columbus Circle, Flatiron Plaza and Gansevoort Plaza.

The Nike Air Force 1 made its debut 40 years ago and since then has proven to be a timeless classic. As one of the most influential designers, Virgil Abloh puts a new twist on the shoe’s significance in fashion, art, sport and music with the Louis Vuitton Air Force 1. 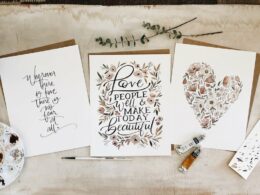 Junk in the Trunk Vintage Market is excited to announce that it will be opening a pop-up location at Scottsdale Quarter, where shoppers will find a collection of creatively curated vintage, artisan-made, and other goods from local small businesses.
byTyler Hollis 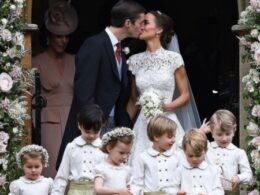 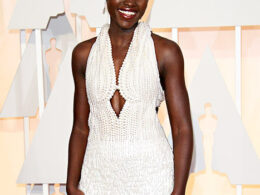 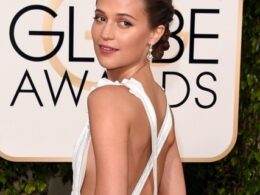 Best Dressed at the 2016 Golden Globes

Celebs from the best of television and film gathered in Los Angeles for the Golden Globes last night,…
byChristina Silvestri