Angels in elaborate lingerie strutted the runway to live performances by the likes of Taylor Swift, Neon Jungle and Fall Out Boy at the 2013 Victoria’s Secret Fashion Show Wednesday night.

Highlights included supermodel Candice Swanepoel who was the lucky Angel to don this year’s $10 million Fantasy Bra, which was incrusted with diamonds, rubies and yellow sapphires, along with other big-name supermodels like Alessandra Ambrosio, Adriana Lima and Lily Aldridge. 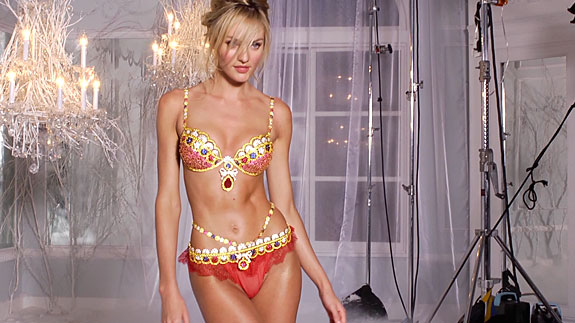 Candice Swanepoel in the VS Fantasy Bra.

The rest of us have to wait to see the fantastical show air Dec. 10 on CBS, but for now, here are some of the best looks snapped from the show: 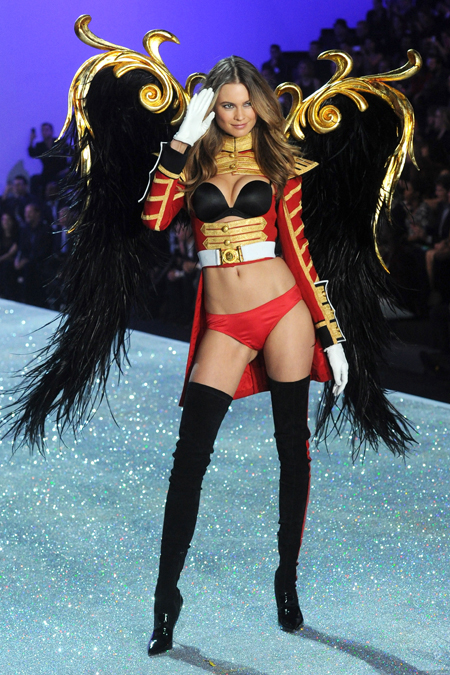 Behati Prinsloo wore a sexy version of the Queen’s Guard for the “British Invasion” theme of the show. 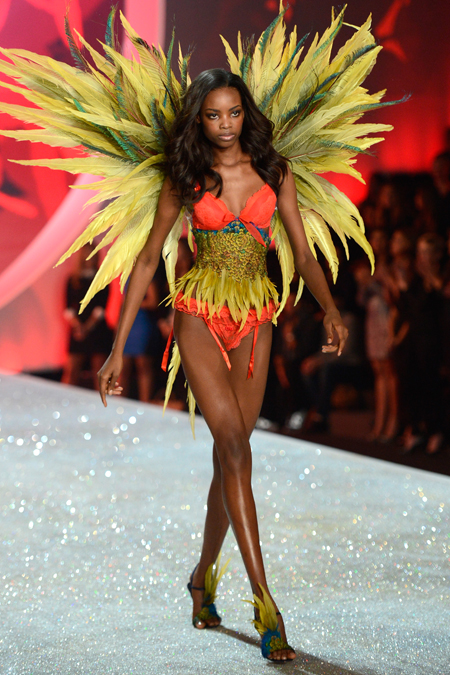 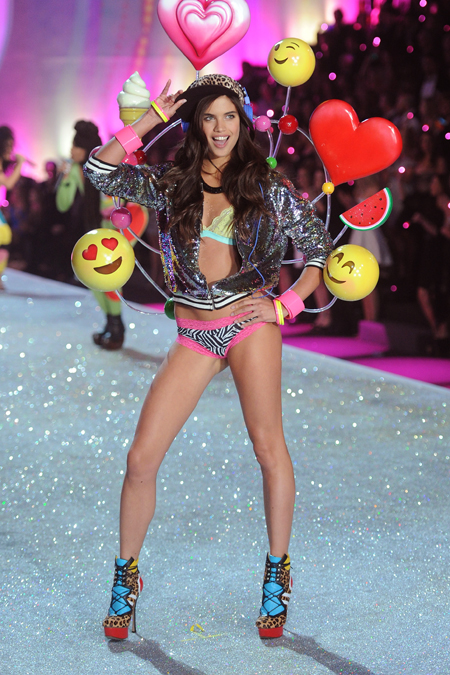 From head to toe, fun and flirty made up the outlandish getups during the “PINK Network” theme. 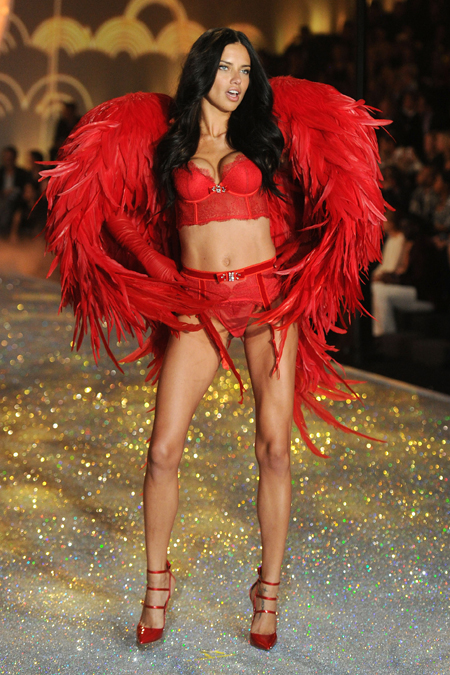 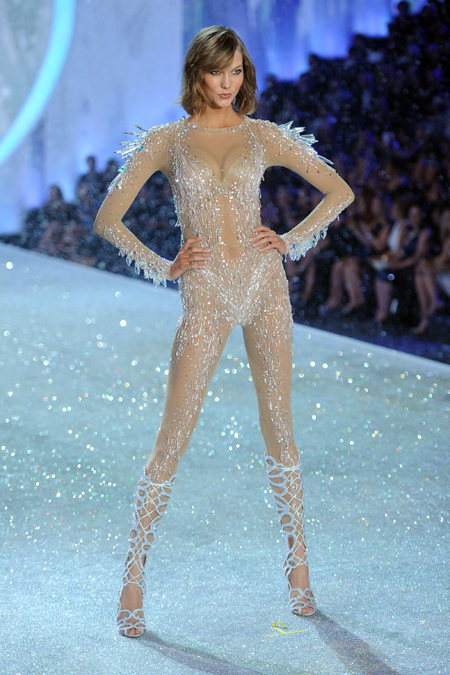 Karlie Kloss in an icy see-through bodysuit for the “Snow Angels” collection.