Former Phoenix Sun Amar’e Stoudemire is entering into the fashion world. Recently the 6 foot 10inch Stoudemire stepped into the offices of designer Rachel Roy in NYC pausing frequently to pose for pictures with female execs of The Jones Group (which owns a 50 percent stake in Roys company)

If you aren’t familiar with the ever chic Rachel Roy and her label, Ms Roy has built a successful brand by churning out modern, sleek and wearable collections including her affordable diffusion line found at Macys.

Stoudemire and Roy met in November at a brief meeting to discuss partnership opportunities and a potential collaboration and hit it off right away. “We met, and we talked about starting something together,” Stoudemire recalled to WWD “I knew about her but never met her before. I figured that teaming up with her would be the ideal thing for me to do, because she is so great at what she does. I honestly didn’t know what to expect, and when I finally met her and we talked about some fashion opportunities together, I could see she was very passionate about her work.”

Roy struck a similar note about her design counterpart. “To be honest, I was very unfamiliar with him,” she admitted. “Basketball is a field I knew nothing about. I had not been to basketball games probably since I was in college, but once I watched him play, I was completely and utterly impressed with his work ethic, by how much he encourages his teammates, and how much of a team player he is. After those initial meetings, we both decided we had a similar point of view and wanted to work together.”

Since joining the NY Knicks Stoudemire’s fashion profile has been on the rise, in fact Anna Wintour herself asked Amar’e to join her for Fashions Night Out last year and he just appeared in the April issue of Vogue. Not bad!

I can also speak from experience about Amar’es taste in clothes when I dressed him for the cover of Arizona Foothills Magazine several years ago…. The guy definitely knows what he likes – thankfully he loved what we pulled for him.

“I was never a designer or anything like that, but as far as putting together what I was going to wear, I was a fashion rebel, always mixing it up,” he said. “As long as I remember, I always did something with my clothes. I would slice up the bottom of my jeans so that they would look different. I would change the design of my shirt and add an extra layer. I would wear two different tennis shoes.

“Fashion is very attractive, which fuels me and makes me want to give it more importance,” added Stoudemire, who also has designed basketball shoes for Nike, one of his sponsors. “That’s one thing about fashion: You can really, really tell someone’s type from what they are wearing.”

Stoudemire is now 28 years old, with a five-year, $100 million Knicks contract, and his sartorial taste has evolved quite a bit since those early days when he deliberately mismatched his sneakers. Waraire Boswell, the Los Angeles bespoke tailor, custom-makes his suits and shirts for obvious reasons, but Stoudemire said he also enjoys shopping at luxury boutiques. “I love Dior, Gucci, Louis Vuitton and Tom Ford,” he said. “I try to shop when there are not a lot of fans out. It’s a lot easier.” 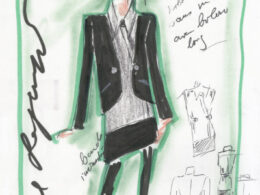 Chanel, Fendi, Lagerfeld—the names are seemingly synonymous with each other. Now, throw in Macy’s and every self proclaimed-fashionista…
bydiane

Stop by Bijou tonight from 5-8pm for complimentary hors d’oeuvres, cocktails and a preview of Heidi Merrick’s spring…
byMarlene

On the ever-present hunt for my birthday dress, I stopped into Dillard’s at Scottsdale Fashion Square yesterday and…
byMarlene 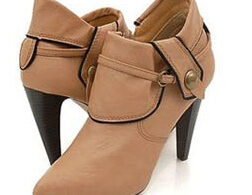 So, apparently Kim Kardashian was on the radio this morning promoting her newest venture, ShoeDazzle so I thought…
byMarlene