Should you sleep in your makeup?

Being an advocate of proper skin care and believing that taking your makeup off at bedtime can save you from a myriad of future skin woes, I was a bit taken aback by the following article on the New York Times blog.

Though I get it, many companies are now touting user friendly “you can sleep in this makeup” types of products, I for one can’t imagine how anyone would want to make this a practice… other than perhaps Courtney Love or ever the life of the party Lindsey Lohan. Now mind you, I do love some of these products and yes they do have staying power, but I say use them and lose them before you snuggle up for a good nights rest.

The thing the article doesn’t emphasize is how your body regenerates itself while you are sleeping, so that means all the dirt, pollution and bacteria present will be sucked into those pores… eek!

Take a look at the unedited article directly from the NYTimes.com website and let me know your thoughts. Is this idea as icky to you as it is to me? Or are you of the camp that thinks it’s kind of cool?

I have a confession to make. It isn’t necessarily pretty, but it can be pretty sexy. I frequently sleep with an inappropriate partner — my makeup. Just like tously bedhead can increase a woman’s hot factor, so can last night’s makeup. Not only because of the way it looks, but also for the narrative it implies. (Provided you’re not too puffy from last night’s martini, of course.) I love the way loose pigment from M.A.C. or Make Up For Ever melts into the creases of my lids and creeps down the corners of my eyes while I sleep, and how Lip Tar from Obsessive Compulsive Cosmetics leaves a telling stain on my lips. A slightly smudgy cat eye in the morning reminds me of the sex kitten I was the night before. Mascara should be a strictly cumulative affair, if you ask me; it’s so much better after two or three days’ worth of top coats.

I’m not the only one to embrace this beauty taboo. Lady Gaga has said she hits the hay in full makeup seven nights a week. The Warhol Factory superstar Edie Sedgwick reportedly never removed her fake lashes; she just kept adding more. And try telling me Carine Roitfeld doesn’t leave on that liner sometimes. Heck, this morning at the gym, the woman next to me revealed she was doing her lunges with a full face from the night before. And it stayed perfectly put!

Luckily, products with staying power are all the rage. Revlon’s Colorstay Créme Gel Eyeliner is practically indelible, and several new mascaras — Maybelline XXL 24HR Bold, CoverGirl LashBlast 24 Hour and M.A.C. Extended Play — promise not to let your lashes down. I swear by liquid liner and mascara from Eyeko, a London-based company, and Chanel’s Inimitable Waterproof mascara. L’Oréal Voluminous mascara is another trusty old friend. Eye makeup lends itself better to bad-girl behavior than foundation and concealer, which can cake overnight. According to Dr. Amy Wechsler, consulting dermatologist for Chanel, the acne-prone should never sleep in full war paint. But, she says, if you’re going to do it, mineral-based products like Jane Iredale Amazing Base Mineral Foundation and M.A.C. Mineralize Blush are less likely to clog your pores or cause a reaction. Some mineral products are made to work the night shift, like Bare Escentuals Pure Transformation Night Treatment, which not only acts as a light foundation, but also supposedly helps make pores look smaller and skin seem dewier by morning. What’s more, it won’t rub off on your Pratesi pillowcase.

Worn-in makeup is nothing new to makeup artists, who often make models look like they partied until dawn for runway shows and shoots. François Nars created an up-all-night look for Marc Jacobs’s spring 2010 runway, “clumped mascara and all,” Nars says.

“Leftover makeup is my favorite look,” says Estée Lauder’s creative director of makeup, Tom Pecheux, who created a sultry version of it for Balmain’s spring runway. “It’s the sexiest thing on earth. Especially a black, naughty, smudgy eye. When a woman looks like that, men want to take them for a cocktail and then to bed.”

Michael Ashton, a celebrity makeup artist who counts Adele among his clients, has this advice for the morning after: “Often a night on the pillow can leave you with just the right amount of kohl remaining. After a quick cleanup under the eye using a wet wipe, reapply liner to the waterline, even out skin tone with tinted moisturizer, add a slick of lip balm and you’ll look elegant, but also like a woman who knows how to have a good time and isn’t afraid to show it.”

Dick Page, artistic director of makeup at Shiseido, thinks leftover makeup “shows you’re not afraid to be touched.” He says: “Bulletproof black eyeliners and blood red lipsticks leave a lovely dirt behind, and a liner like Shiseido Makeup Accentuating Cream Eyeliner will stay put.” But, he adds, “If you’re having fun, the durability of your makeup should be the last thing on your mind.” 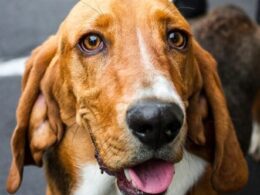 This weekend, treat yourself and your four-legged friend to beauty treatments at Mane Attraction Salon that will benefit Arizona…
byChristina Silvestri 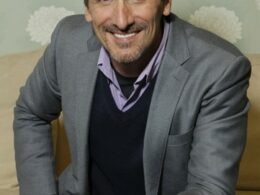 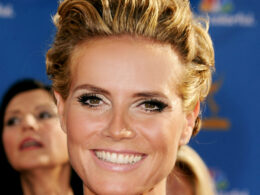 Get the Look – Lea Michelle and Claire Danes Emmy Beauty 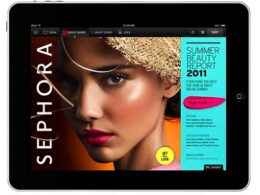 Okay, I will come clean, I still don’t have an iPad. Yes it’s true, I have talked about…
bydiane