Costa Brava of the Spanish Mediterranean

One of the best decisions I made while exploring Southern Spain was to take a day trip to Costa Brava, an area just a little over an hour up the coast from Barcelona towards the French border that is filled with quaint and absolutely gorgeous Catalan beach towns.

Whether to escape the crowds of Barceloneta or to get a taste of Dali, Costa Brava is a must-see hidden treasure. We were informed that traveling to Costa Brava from Barcelona was best done by bus, and indeed it was. The scenic green route and various coastal stops once entering Costa Brava allowed us to gain an overall feel for the rural parts of Catalonia and a larger glimpse of the Mediterranean.

Palamós
There are many stops to choose from, we however decided to venture the town of Palamós, which is in the province of Girona. The beach town, being a major port, is situated at the northern end of a large bay where at one end sits the old town and the other the newer. The bus dropped us off at the northern end so the distant view along the beach was of the new town, which was quite impressive. The northern end is also where the harbor is located, along with a stretch of various restaurants where persuasive waiters haggle you to partake in their fare rather than the next.

It wasn’t until a local insisted on us taking our beach-ware to the favored southern end of the stretch that we became BIG fans of Palamós. As we walked further and further from the northern end, the view looking back at the colorful old town against the azure, clear waters was unbelievably pristine and almost fantasy-like. The water was warm, the skies were clear, and many were out windsurfing or on their sailboats. It was near perfect.

The one thing I will give our California coastlines is our white, soft sand. The Mediterranean sand is a bit courser and at some points very rocky, which can be unpleasant on the feet. But all can be fixed when tourist dollars are at stake. At some coves, the Catalans have added man-made sand to beautify the beaches and for our feeling pleasure. Real or not, Costa Brava is just another reason Spain is so adored.

Figueres
This town in Costa Brava attracts visitors from all over as it houses Dalí Theatre and Museum where the famous Salvador Dali (1904-1989) is buried in a crypt of the basement. Figueres was the famous artist’s hometown and at the heart of the museum today, is the building that used to be the town’s theatre when Dali was just a child. The Dali Museum is special in that it was also one of the first places Dali publicly showed his work as a young artist. 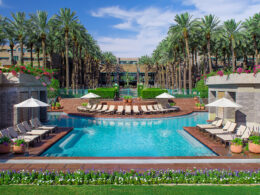 ResortPass: From Staycation to Daycation

Being surrounded by some of the country’s top resorts can be a major tease as a local. With…
bySuzanne Koch 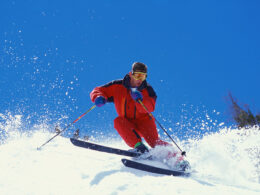 Where to Ski in Arizona 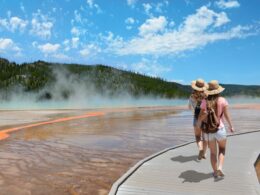 By Joe O’Donnell How do you describe “The Great American Vacation”? It is more than something beautiful, more…
byKarah Van Kammen 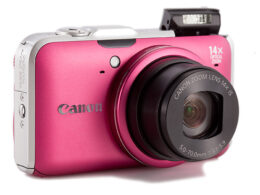 With the latest and greatest tech finds, get the most out of your getaway.
byChristina